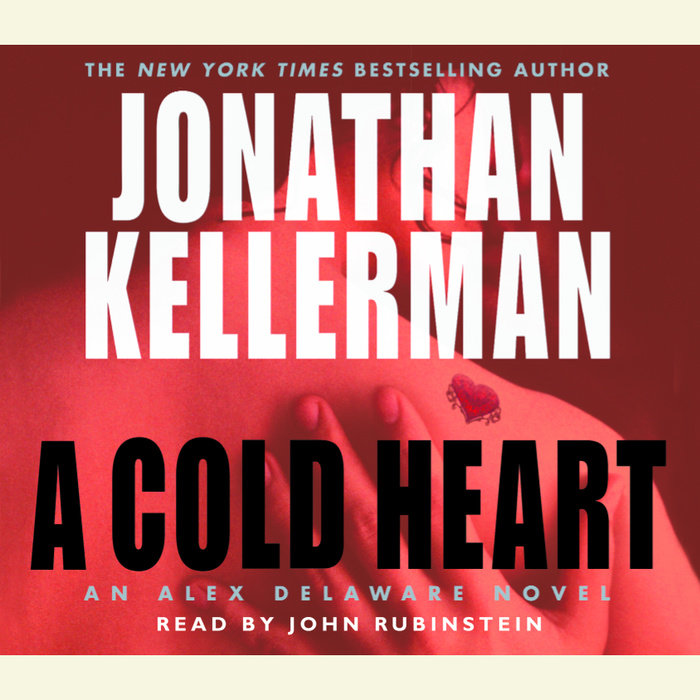 Jonathan Kellerman is a master at creating psychologically nuanced novels of suspense—an author whose name is synonymous with unrelenting action, intriguing plot twists, and penetrating insight into the criminal mind. Now he ventures into bold, new territory with his biggest and best novel yet. A Cold Heart features Kellerman’s brilliant signature style—but in this tour-de-force he mines even deeper the emotional landscape of his characters: psychologist-sleuth Alex Delaware, LAPD homicide detective Milo Sturgis, Milo’s colleague Petra Connor, and Alex’s ex-lover, Robin Castagna—bringing them all vividly to life as never before.

“I’ve got a weird one, so naturally I thought of you,” says Milo Sturgis, summoning his friend Alex to the trendy gallery where a promising young artist has been brutally garroted on the night of her first major showing. What makes it “a weird one” is the lack of any obvious motive, and the luridly careful staging of the murder scene—which immediately suggests to Alex not an impulsive crime of passion . . . but the meticulous and taunting modus operandi of a serial killer.

Delaware’s suspicion is borne out when he compares notes with Milo’s associate, Petra Connor, and her new partner, a strange, taciturn detective with a past of his own named Eric Stahl. The Hollywood cops are investigating the vicious death of Baby Boy Lee, a noted blues guitarist, fatally stabbed after a late-night set at a local club. What links Baby Boy’s murder with that of painter Juliet Kipper is the shadowy presence of an abrasive fanzine writer. This alias-shrouded critic’s love-the-art/disdain-the-artist philosophy and his morbid fascination with the murders leads Alex and the detectives to suspect they’re facing a new breed of celebrity stalker: one with a fetish for snuffing out rising stars.

Tracking down the killer proves to be maddening, with the twisting trail leading from halfway houses to palatial mansions and from a college campus to the last place Alex ever expected: the doorstep of his ex-lover Robin Castagna, whose business association with two of the victims casts her as an unavoidable player in the unfolding case. As more and more killings are discovered, unraveling the maddening puzzle assumes a chilling new importance—stopping a vicious psychopath who’s made cold-blood murder his chosen art form.
Read More
“Often, mystery writers can either plot like devils or create believable characters. Kellerman stands out because he can do both. Masterfully.”
—USA Today

“Jonathan Kellerman is back with [A Cold Heart], and it shows all the Kellerman class we have come to expect. I proclaim ‘his best yet’ with every new book, but—and this should be no surprise—he manages to trump himself every time. . . . A bloomin’ good whodunit.”
—Wichita Falls

“[A] highly successful series . . . Kellerman provides a meaty layer of interpersonal relationships beneath the surface of his plot.”
—Publishers Weekly