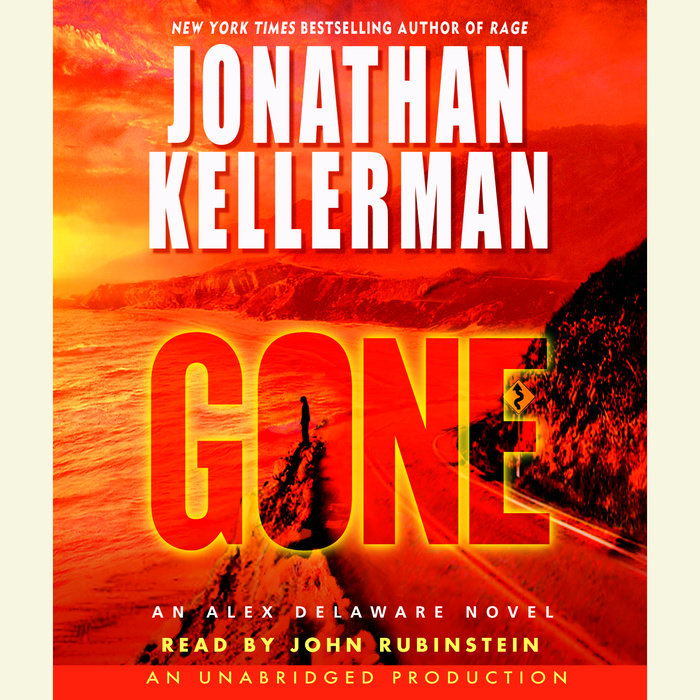 Written by: Jonathan Kellerman
Read by: John Rubinstein
6 Hours and 15 Minutes Imprint: Random House Audio Genre: Fiction - Thrillers - Suspense Release Date: March 28, 2006
No one conducts a more chilling, suspenseful, thoroughly engrossing tour through the winding corridors of criminal behavior and the secret chambers of psychopathology than Jonathan Kellerman, the bestselling “master of the psychological thriller” (People). Now the incomparable team of psychologist Alex Delaware and homicide cop Milo Sturgis embark on their most dangerous excursion yet, into the dark places where risk runs high and blood runs cold.

It’s a story tailor-made for the nightly news: Dylan Meserve and Michaela Brand, young lovers and fellow acting students, vanish on the way home from a rehearsal. Three days later, the two of them are found in the remote mountains of Malibu -battered and terrified after a harrowing ordeal at the hands of a sadistic abductor.

The details of the nightmarish event are shocking and brutal: The couple was carjacked at gunpoint by a masked assailant and subjected to a horrific regimen of confinement, starvation and assault.

But before long, doubts arise about the couple’s story, and as forensic details unfold, the abduction is exposed as a hoax. Charged as criminals themselves, the aspiring actors claim emotional problems, and the court orders psychological evaluation for both.

Michaela is examined by Alex Delaware, who finds that her claims of depression and stress ring true enough. But they don’t explain her lies, and Alex is certain that there are hidden layers in this sordid psychodrama that even he hasn’t been able to penetrate.

Nevertheless, the case is closed–only to be violently reopened when Michaela is savagely murdered. When the police look for Dylan, they find that he’s gone. Is he the killer or a victim himself? Casting their dragnet into the murkiest corners of L.A., Delaware and Sturgis unearth more questions than answers–including a host of eerily identical killings. What really happened to the couple who cried wolf? And what bizarre and brutal epidemic is infecting the city with terror, madness, and sudden, twisted death?
Read More
PRAISE FOR JONATHAN KELLERMAN

“[Kellerman is] a master of the grab-the-reader contest. . . . The chills start within the first two pages.”
–Saint Paul Pioneer Press

“An elaborate, tangled web . . . with unsuspected turns at every chapter break . . . This addictive tale . . . is as intricately detailed as it is tantalizingly page-turning.”
–Entertainment Weekly

“A perfect whodunit–a tale told with gusto . . . a thrilling, engrossing pace from the first page to the last.”
–Orlando Sentinel