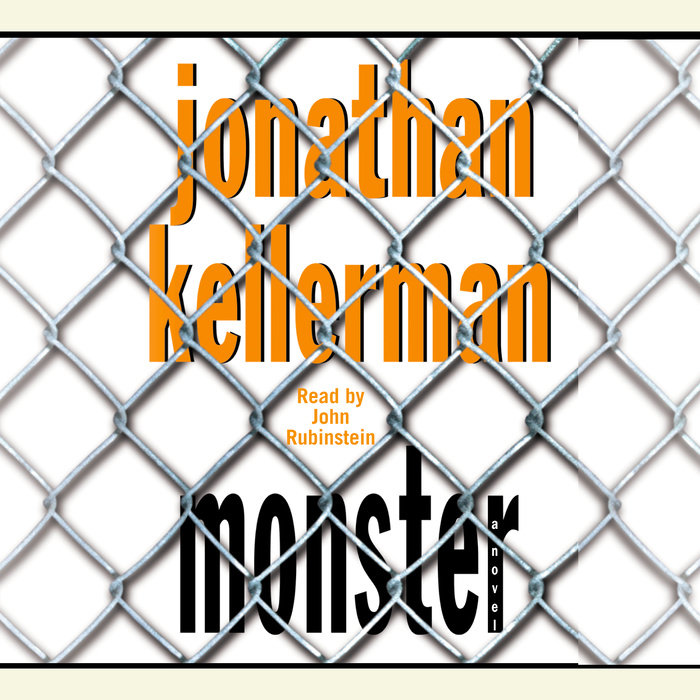 Alex Delaware is back! And in Jonathan Kellerman's riveting and ingenious new novel, Monster, he faces one of the most grisly and baffling mysteries of his career: How can a nonfunctional psychotic locked up in a supposedly secure institution for homicidal madmen predict brutal murders in the outside world? Delaware and his friend and partner Detective Milo Sturgis must penetrate this enigma in order to stop the horrific killings.

A marginal actor is found dead in a car trunk, sawn in half. Months later, a psychologist at a hospital for the criminally insane is discovered murdered and mutilated in a tantalizingly similar way. When reports of an inmate's incoherent ramblings begin to make frightening sense as predictions of yet more slayings, Delaware and Sturgis are drawn into a web of family secrets, vengeance, and manipulation--both inside the asylum and on the streets of L.A., where death, drugs, and sex are marketed as commodities. The climactic discovery they make as they race to prevent more killings gives fresh and terrifying meaning to the concept of monstrosity.

"The title character is a noble creation: a kind of urban Huckleberry Finn. . . The writing is vivid, the suspense sustained, and Kellerman has arranged one final, exquisitely surprising plot twist to confound the complacent reader."     --People

"Billy Straight is everything a thriller ought to be. The writing is excellent. The plotting is superior. The characters ring true. . . . A taut, compelling story."     --USA Today