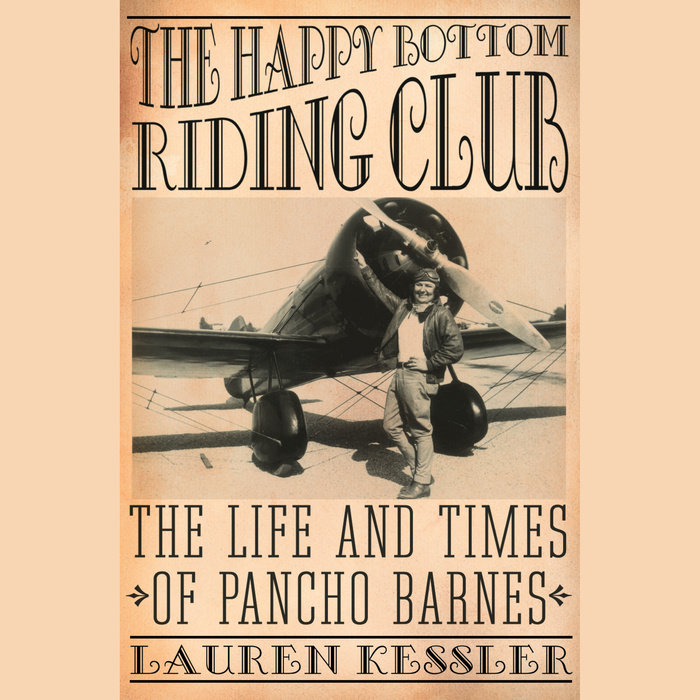 Pancho Barnes was a force of nature, a woman who lived a big, messy, colorful, unconventional life. She ran through three fortunes, four husbands, and countless lovers. She outflew Amelia Earhart, outsmarted Howard Hughes, outdrank the Mexican Army, and out- maneuvered the U.S. government. In The Happy Bottom Riding Club, award-winning author Lauren Kessler tells the story of a high-spirited, headstrong woman who was proud of her successes, unabashed by her failures, and the architect of her own legend.

Florence "Pancho" Barnes was a California heiress who inherited a love of flying from her grandfather, a pioneer balloonist in the Civil War. Faced with a future of domesticity and upper-crust pretensions, she ran away from her responsibilities as wife and mother to create her own life. She cruised South America. She trekked through Mexico astride a burro. She hitchhiked halfway across the United States. Then, in the late 1920s, she took to the skies, one of a handful of female pilots.

She was a barnstormer, a racer, a cross-country flier, and a Hollywood stunt pilot. She was, for a time, "the fastest woman on earth," flying the fastest civilian airplane in the world. She was an intimate of movie stars, a script doctor for the great director Erich von Stroheim, and, later in life, a drinking buddy of the supersonic jet jockey Chuck Yeager. She ran a wild and wildly successful desert watering hole known as the Happy Bottom Riding Club, the raucous bar and grill depicted in The Right Stuff.


"The hard-drinking, sexually promiscuous pilot and adventuress Florence 'Pancho' Barnes exploded every feminine stereotype on the books. Thank you, Lauren Kessler, for telling her story with the grace and exuberance it deserves."
---Barbara Ehrenreich


"Pancho Barnes is an unsung American eccentric who helped keep the 'wild' in Wild West. With tremendous zest, insight, and intelligence, Lauren Kessler has given us a compelling tale of a great woman who wasn't afraid to make life synonymous with risk."
---Karen Karbo, author of Motherhood Made a Man Out of Me
Read More