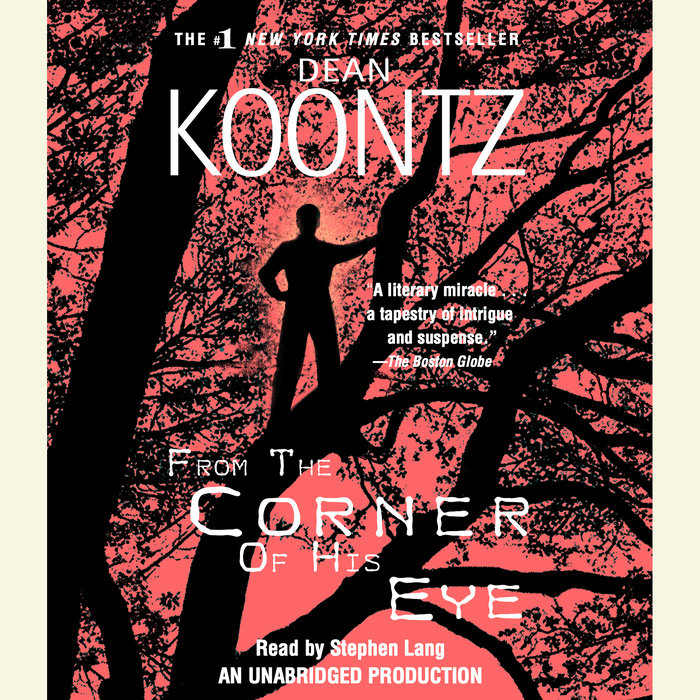 Written by: Dean Koontz
Read by: Stephen Lang
21 Hours and 58 Minutes Imprint: Random House Audio Genre: Fiction - Thrillers - Suspense Release Date: November 13, 2007
Bartholomew Lampion is born in Bright Beach, California, on a day of tragedy and terror, when the lives of everyone in his family are changed forever.  Remarkable events accompany his birth, and everyone agrees that his unusual eyes are the most beautiful they have ever seen.

On this same day, a thousand miles away, a ruthless man learns he has a mortal enemy named Bartholomew.  He doesn't know who Bartholomew is, but he embarks on a search that will become the purpose of his life.  If ever he finds the right Bartholomew, he will deal mercilessly with him.

And in San Francisco a girl is born, the result of a violent rape.  Her survival is miraculous, and her destiny is mysteriously linked to the fates of Barty and the man who stalks him.

At the age ot three, Barty Lampion is blinded when surgeons reluctantly remove his eyes to save him from a fast-spreading cancer.  As the growing boy copes with his blindness and proves to be a prodigy, his mother, an exceptional woman, counsels him that all things happen for a reason, that there is meaning even in his suffering, and that he will affect the lives of people yet unknown to him in ways startling and profound.

At thirteen, Bartholomew regains his sight.  How he regains it, why he regains it, and what happens as his amazing life unfolds results in a breathtaking journey of courage, heart-stopping suspense, and high adventure.  His mother once told him that every person's life has an effect on every other's, in often unknowable ways, and Barty's eventful life indeed entwines with others in ways that will astonish and move everyone who reads his story.

People magazine has said that Dean Koontz has the "power to scare the daylights out of us."  In this, perhaps the most thrilling, suspenseful, and emotionally powerful work of his critically acclaimed career, Koontz does that and far more.  He has created a compulsive page-turner that will have you at the edge of your seat, a narrative tour-de-force that will change the way you yourself look at the world.
Read More
“[Koontz] has always had near-Dickensian powers of description, and an ability to yank us from one page to the next that few novelists can match.”—Los Angeles Times

“Reader be warned: this is Koontz at his finest ... thrill-packed ... more than 600 pages of suspense.”—The Oakland Press (Mich.)

“Though over 600 pages, the book never seems long. The characters are vivid and emotionally exciting, creating a fast and compelling read.”—Library Journal

“The bestselling author elicits as much emotion as suspense in this spooky story about a boy who loses his eyesight.”—People

“Dean Koontz is not just a master of our darkest dreams, but also a literary juggler.”—The Times (London)
Read More 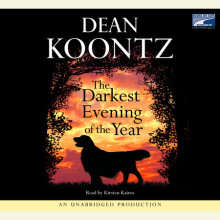