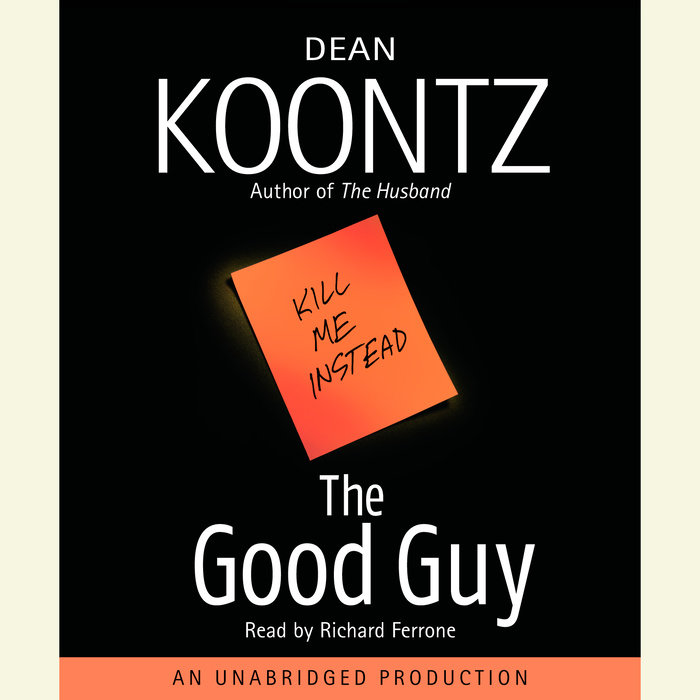 Timothy Carrier, having a beer after work at his friend’s tavern, enjoys drawing eccentric customers into amusing conversations. But the jittery man who sits next to him tonight has mistaken Tim for someone very different—and passes to him a manila envelope full of cash.

“Ten thousand now. You get the rest when she’s gone.”

The stranger walks out, leaving a photo of the pretty woman marked for death, and her address. But things are about to get worse. In minutes another stranger sits next to Tim. This one is a cold-blooded killer who believes Tim is the man who has hired him.

Thinking fast, Tim says, “I’ve had a change of heart. You get ten thousand—for doing nothing. Call it a no-kill fee.” He keeps the photo and gives the money to the hired killer. And when Tim secretly follows the man out of the tavern, he gets a further shock: the hired killer is a cop.

Suddenly, Tim Carrier, an ordinary guy, is at the center of a mystery of extraordinary proportions, the one man who can save an innocent life and stop a killer far more powerful than any cop…and as relentless as evil incarnate. But first Tim must discover within himself the capacity for selflessness, endurance, and courage that can turn even an ordinary man into a hero, inner resources that will transform his idea of who he is and what it takes to be The Good Guy.
Read More
“Dark suspense leavened by just enough sentiment.... Fans of Koontz will recognize and relish his trademark, gently ironic dialogue and firmly fleshed characterizations.”—Kirkus Reviews

“A thriller so compelling many readers will race through the book in one sitting.... , the novel’s breathless pacing, clever twists and adroit characterizations all add up to superior entertainment.”—Publishers Weekly, starred review

"White-knuckle suspense as gripping as any Koontz has ever written."—Booklist

“Shades of Alfred Hitchcock.... Get ready for tension as only Koontz can create it.”—Sacramento Bee

“Dean Koontz is a master of his craft.... [He] will make you think twice about the high price of being an innocent bystander.... Chalk up another one for the good guy, who knows how to search for a small patch of light as darkness threatens all around.”—New Orleans Times Picayune
Read More