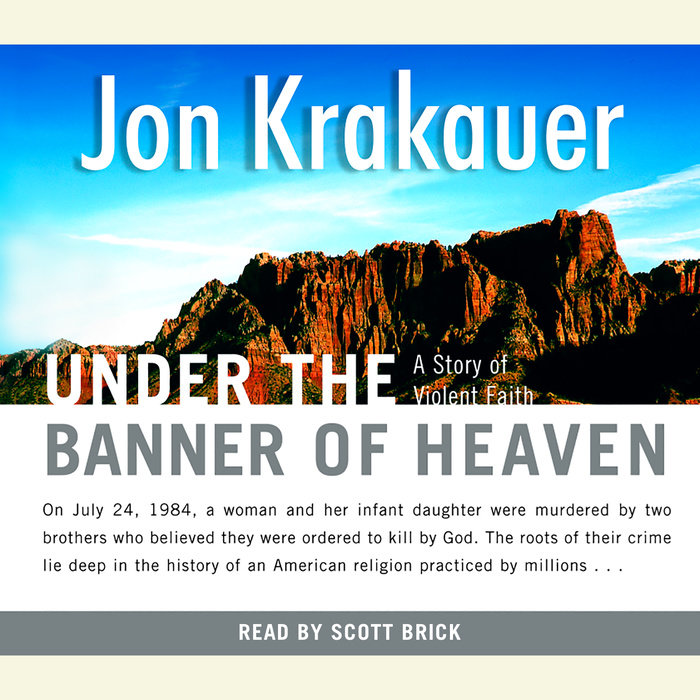 Written by: Jon Krakauer
Read by: Scott Brick
12 Hours and 33 Minutes Imprint: Random House Audio Genre: True Crime - Murder - General Release Date: April 10, 2003
Jon Krakauer’s literary reputation rests on insightful chronicles of lives conducted at the outer limits. In UNDER THE BANNER OF HEAVEN, he shifts his focus from extremes of physical adventure to extremes of religious belief within our own borders. At the core of his book is an appalling double murder committed by two Mormon Fundamentalist brothers, Ron and Dan Lafferty, who insist they received a revelation from God commanding them to kill their blameless victims. Beginning with a meticulously researched account of this “divinely inspired” crime, Krakauer constructs a multilayered, bone-chilling narrative of messianic delusion, savage violence, polygamy, and unyielding faith. Along the way, he uncovers a shadowy offshoot of America’s fastest-growing religion, and raises provocative questions about the nature of religious belief.

Krakauer takes readers inside isolated communities in the American West, Canada, and Mexico, where some forty-thousand Mormon Fundamentalists believe the mainstream Mormon Church went unforgivably astray when it renounced polygamy. Defying both civil authorities and the Mormon establishment in Salt Lake City, the leaders of these outlaw sects are zealots who answer only to God. Marrying prodigiously and with virtual impunity (the leader of the largest fundamentalist church took seventy-five “plural wives,” several of whom were wed to him when they were fourteen or fifteen and he was in his eighties), fundamentalist prophets exercise absolute control over the lives of their followers, and preach that any day now the world will be swept clean in a hurricane of fire, sparing only their most obedient adherents.

Weaving the story of the Lafferty brothers and their fanatical brethren with a clear-eyed look at Mormonism’s violent past, Krakauer examines the underbelly of the most successful homegrown faith in the United States, and finds a distinctly American brand of religious extremism. The result is vintage Krakauer, an utterly compelling work of nonfiction that illuminates an otherwise confounding realm of human behavior.
Read More
Critical Acclaim for Jon Krakauer

“Jon Krakauer combines the tenacity and courage of the finest tradition of investigative journalism with the stylish subtlety and profound insight of the born writer. His account of an ascent of Mount Everest has led to a general reevaluation of climbing and of the commercialization of what was once a romantic, solitary sport; while his account of the life and death of Christopher McCandless, who died of starvation after challenging the Alaskan wilderness, delves even more deeply and disturbingly into the fascination of nature and the devastating effects of its lure on a young and curious mind.”—citation from American Academy of Arts and Letters, upon awarding Krakauer an Academy Award in Literature

INTO THIN AIR
“Ranks among the great adventure books of all time.”—Wall Street Journal
“Raw and immediate and devastating. It haunts me.”—Boston Sunday Globe

“Gripping … a harrowing account.”—New York Times
“Wrenching … lucid … it is impossible to read this book unmoved.”—Entertainment Weekly
A great book, among the best ever on mountaineering. Gracefully and efficiently written, carefully researched, and actually lived by its narrator.”—Washington PostAstounding ... hones t... eloquent. ... Through objective and thorough research and in sparkling prose, Krakauer tells a story that arouses fury, disgust, admiration and tears.—New Orleans Times-Picayune 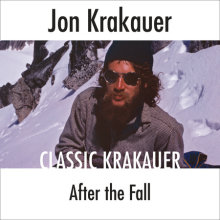 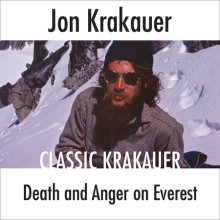 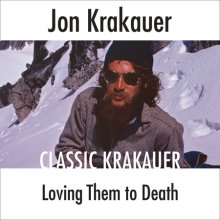 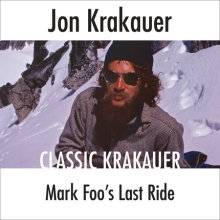