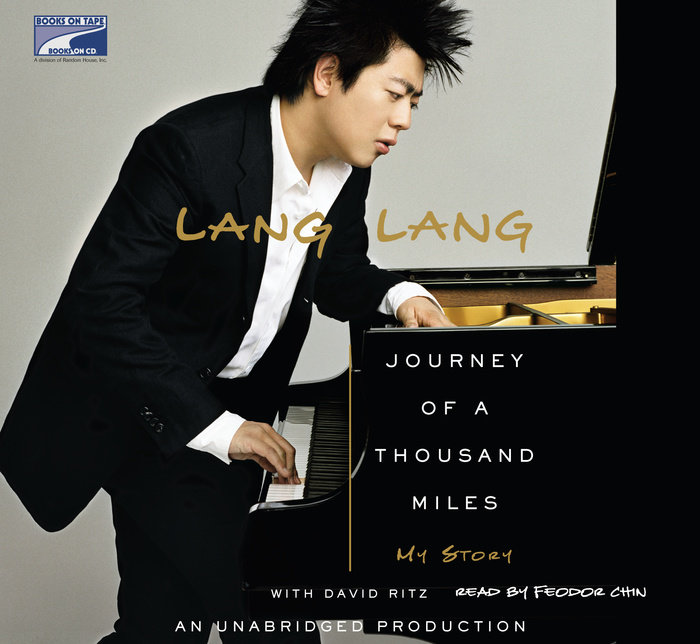 “Number One” was a phrase my father—and, for that matter, my mother—repeated time and time again. It was a phrase spoken by my parents’ friends and by their friends’ children. Whenever adults discussed the great Chinese painters and sculptors from the ancient dynasties, there was always a single artist named as Number One. There was the Number One leader of a manufacturing plant, the Number One worker, the Number One scientist, the Number One car mechanic. In the culture of my childhood, being best was everything. It was the goal that drove us, the motivation that gave life meaning. And if, by chance or fate or the blessings of the generous universe, you were a child in whom talent was evident, Number One became your mantra. It became mine. I never begged my parents to take off the pressure. I accepted it; I even enjoyed it. It was a game, this contest among aspiring pianists, and although I may have been shy, I was bold, even at age five, when faced with a field of rivals.

Born in China to parents whose musical careers were interrupted by the Cultural Revolution, Lang Lang has emerged as one of the greatest pianists of our time. Yet despite his fame, few in the West know of the heart-wrenching journey from his early childhood as a prodigy in an industrial city in northern China to his difficult years in Beijing to his success today.
Journey of a Thousand Miles documents the remarkable, dramatic story of a family who sacrificed almost everything—his parents’ marriage, financial security, Lang Lang’s childhood, and their reputation in China’s insular classical music world—for the belief in a young boy’s talent. And it reveals the devastating and intense relationship between a boy and his father, who was willing to go to any length to make his son a star.
An engaging, informative cultural commentator who bridges East and West, Lang Lang has written more than an autobiography: his book opens a door to China, where Lang Lang is a cultural icon, at a time when the world’s attention will be on Beijing. Written with David Ritz, the coauthor of many bestselling autobiographies, Journey of a Thousand Miles is an inspiring story that will give readers an appreciation for the courage and sacrifice it takes to achieve greatness.
Read More
“The hottest artist on the classical music planet may well be the Chinese pianist Lang Lang…the darling of fans worldwide.”
–The New York Times