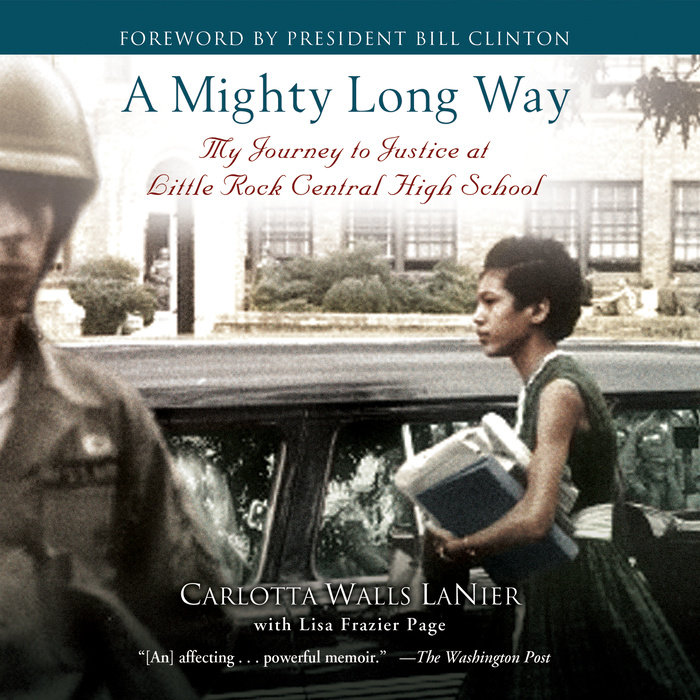 Written by: Carlotta Walls LaNier & Lisa Frazier Page
Read by: Carlotta Walls LaNier
Foreword by: Bill Clinton
12 Hours and 12 Minutes Imprint: Random House Audio Genre: Biography & Autobiography - Cultural, Ethnic & Regional - African American & Black Release Date: April 16, 2019
When fourteen-year-old Carlotta Walls walked up the stairs of Little Rock Central High School on September 25, 1957, she and eight other black students only wanted to make it to class. But the journey of the “Little Rock Nine,” as they came to be known, would lead the nation on an even longer and much more turbulent path, one that would challenge prevailing attitudes, break down barriers, and forever change the landscape of America.

Descended from a line of proud black landowners and businessmen, Carlotta was raised to believe that education was the key to success. She embraced learning and excelled in her studies at the black schools she attended throughout the 1950s. With Brown v. Board of Education erasing the color divide in classrooms across the country, the teenager volunteered to be among the first black students–of whom she was the youngest–to integrate nearby Central High School, considered one of the nation’s best academic institutions.

But for Carlotta and her eight comrades, simply getting through the door was the first of many trials. Angry mobs of white students and their parents hurled taunts, insults, and threats. Arkansas’s governor used the National Guard to bar the black students from entering the school. Finally, President Dwight D. Eisenhower was forced to send in the 101st Airborne to establish order and escort the Nine into the building. That was just the start of a heartbreaking three-year journey for Carlotta, who would see her home bombed, a crime for which her own father was a suspect and for which a friend of Carlotta’s was ultimately jailed–albeit wrongly, in Carlotta’s eyes. But she persevered to the victorious end: her graduation from Central.

Breaking her silence at last and sharing her story for the first time, Carlotta Walls has written an inspiring, thoroughly engrossing memoir that is not only a testament to the power of one to make a difference but also of the sacrifices made by families and communities that found themselves a part of history.

A Mighty Long Way shines a light on this watershed moment in civil rights history and shows that determination, fortitude, and the ability to change the world are not exclusive to a few special people but are inherent within us all.
Read More
“This hindsight account suggests that the nation still has not achieved closure about the painful events at Little Rock. . . . Keenly observed and moving.”—Kirkus Reviews

“This is a marvelous book.  It is a personal account that describes a moving period in the transformative struggle for civil rights and social justice in America.  Above all, this story is an inspiration.  Through it all, Carlotta Lanier and her fellow students never gave up.  They never gave in.  They kept the faith and because of their dignity, their tenacity, and their sacrifice they helped to redeem the soul of America.”—Congressman John Lewis

“Carlotta Walls LaNier’s memoir, A Mighty Long Way, is a searing and emotionally gripping account of a young black girl growing up to become a strong black woman during the most difficult time of racial segregation in Little Rock, Arkansas. The book is a page-turner and a tear-jerker, discussing the struggle and progress of an individual, and reflecting the historic challenges African Americans face in overcoming racial segregation. This book is a must read and should be required reading for every child of every race who may be trying to appreciate the values of education and the challenges that they might present for people who are different. We learn more about the struggles of the students of Central High School in Little Rock, Arkansas than is imagined, and it will change the way we evaluate the courage and dignity of people like Carlotta Walls LaNier.”—Professor Charles Ogletree, Harvard Law School

“A half-century later, other young Americans draw their inspiration from Carlotta Walls.  I am proud that she continues to carry the torch in the struggle for civil rights and to share her story of individual and collective courage with America’s young people.  Through her experiences of fifty years ago until today, she continues to challenge Americans about the true meaning of equal access to education for all.”—Arkansas Governor Mike Beebe

“Carlotta Walls LaNier was the youngest of the Little Rock 9 to cross the color lines, political barriers and cultural chasms that circumscribed her life. She, her family and friends paid a heavy price that burdened them even as it liberated all of us. Her memoir, which is really our memoir, provides a rare perspective on that history in the making.”—Hank Klibanoff, Pulitzer Prize winning co-author of The Race Beat: The Press, the Civil Rights Struggle, and the Awakening of the Nation

“In A Mighty Long Way, this revered American and special friend boldly tells how her high school days have evolved as the central experience of her life.  I commend Carlotta for the legacy she has left and for the lessons she and her colleagues have taught us all with such nobility.”—Nancy Rousseau, Principal, Little Rock Central High School

“Gripping . . . A moving, very personal account of the aftermath of the 1954 Brown decision that began the painful process of desegregation.”—Booklist

“There is a quiet majesty to A Mighty Long Way. The telling of this journey is imbued with sweep, tenderness, and the sustained glory of memory.”—Wil Haygood, author of In Black and White: The Life of Sammy Davis Jr.
Read More 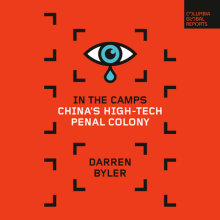