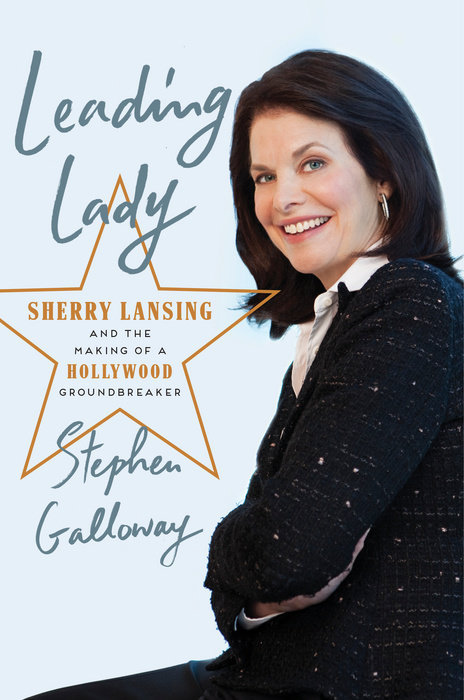 When Sherry Lansing became the first woman ever to be named president of a major studio, the news ricocheted around the world. That was just the beginning of an extraordinary run that saw her head two studios, make hundreds of films, produce classic pictures such as Fatal Attraction and rule for twenty-five years as the most powerful woman Hollywood has ever known.

Award-winning writer Stephen Galloway takes us behind the scenes of Lansing's epic journey—inside the battles; up close with the stars; and into the heart of a creative world populated by the likes of Meryl Streep, Steven Spielberg, Jane Fonda, Angelina Jolie and Tom Cruise. He shows us the velvet touch that masked the iron hand, and the roller-coaster drama behind such movies as Titanic, Forrest Gump, Braveheart and Saving Private Ryan.

Above all, he takes us into the mind of Lansing, creating a revealing portrait of a dynamic, driven woman who overcame unimaginable odds, pushed boundaries and left Hollywood at the peak of her power to achieve the life she wanted.
Read More
“With great insight and exceptional research, this biography shows just what made [Sherry] so special, what allowed her to break every glass ceiling and become one of the most brilliant and talented producers and executives Hollywood has ever known.” —Michael Douglas

“This book, drawing on hundreds of interviews with Sherry and the people who know her best, takes us inside her thinking, into the heart of Hollywood, and on to her groundbreaking work in health and education.” —President Jimmy Carter

“This is a must-read for movie lovers. Sherry Lansing, the first woman to run a film studio, divulges a trove of insider stories about the making of Titanic, Braveheart, Forrest Gump and many other modern classics. The bio also looks at how much Hollywood has and has not changed since 1970, when Lansing appeared in Rio Lobo with John Wayne.” —AARP

“Sexism is just one interesting facet of the life and career that biographer Stephen Galloway explores in Leading Lady. He presents a fully realized portrait of a professional woman breaking glass ceilings. But more important, The Hollywood Reporter journalist shows us the person who endures failure as often as she savors triumph. Her strength of spirit, personally and professionally, is what underlies Galloway’s title.” —The Washington Post

"Galloway has created a colorful page-turner chronicling Lansing’s legacy as both a filmmaker and a philanthropist." —Publishers Weekly

“An energetic and entertaining story, filled with divas, tantrums, and abundant Hollywood gossip …[Leading Lady] is a brisk, breezy look at the turbulent world of moviemaking.” —Kirkus Reviews

“Galloway has crafted a sharp-eyed, captivating look at a brilliant pioneer who broke through the glass ceiling.” —Booklist