From the days of reel to reel to the soaring popularity of digital download, Dan Zitt, Vice President, Content Production for the Penguin Random House Audio Publishing Group, has been on the front lines of the evolution of the audiobook industry. During his twenty year career as a producer Dan has been the creative catalyst for over two thousand audio productions, collaborating with bestselling authors, notable celebrities, and award-winning narrators. Twelve of his recordings have been nominated for GRAMMY Awards┬«, with former President Bill ClintonŌĆÖs autobiography, My Life, winning the award for Best Spoken Word Album. He has worked with President Clinton three times, as well as directing former President George W. Bush and First Lady Michele Obama. Currently Dan oversees the production of 800 audiobooks a year.

“When we produce an audiobook it’s not just what’s on the page, we’re producing an experience.”—Dan Zitt

Take a tour through the Penguin Random House Audio studios with Dan as your guide:

Including these notable listens and more!

A Selection of Awards for DZŌĆÖs Productions

Learn about the audiobook casting process in this behind-the-scenes look (and listen!) at the making of THE DIVINERS, the first in a spellbinding series by Libba Bray. The sequel, LAIR OF DREAMS, (also produced by Dan) was a 2016 Audie Award winner for Young Adult audiobook. 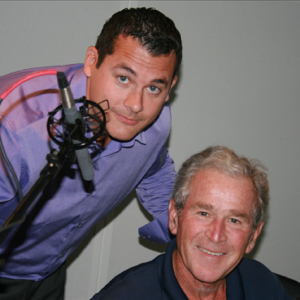 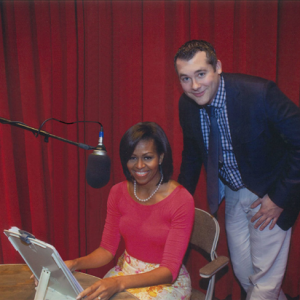 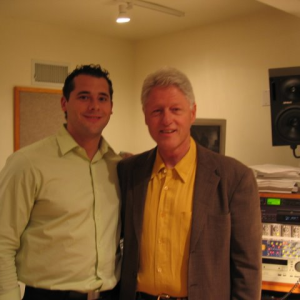 BOT’s Fresh-Squeezed Audiobook Buzz @ ALA Annual 2016
Sunday, June 26, 2016
9:00 – 10:00 am
Orange County Convention Center, Room W303
Hear the scoop on what itŌĆÖs like to be a narrator, learn how audiobooks are made, and get the behind-the-mic news about the hottest summer and fall listens. Featuring Odyssey Award-winning narrator Jayne Entwistle, GRAMMY Award┬«-winning producer Dan Zitt, and BOT Marketing’s Cheryl Herman and Jen Rubins.

Your Summer Playlist Needs Help: Audiobooks @ Read Up Greenville
Saturday, August 6, 2016
Peace Center, Greenville, South Carolina
Join our game show inspired panel with Dan Zitt and award-winning narrators Kirby Heyborne and January LaVoy, as they talk about their experiences telling stories, creating characters, and making funny sounds with their mouths. We bring audience participation to a whole new level with this panel and prizes will be won!
PS: Free signed audiobook for all attendees. This is the Author celebrates the intimacy of listening to an author read aloud and shows the insightful, enlightening, sometimes difficult, and often hilarious moments in the studio.


New Narrator Resource:
How does Penguin Random House Audio find the best voice talent in the entertainment industry? AHAB.us is an online self-service tool that is designed to get samples of narrators’ best audiobook performances into the hands of the preeminent producer team in the industry. Narrators can create a profile, upload their finest audio clips, and become part of the talent pool.