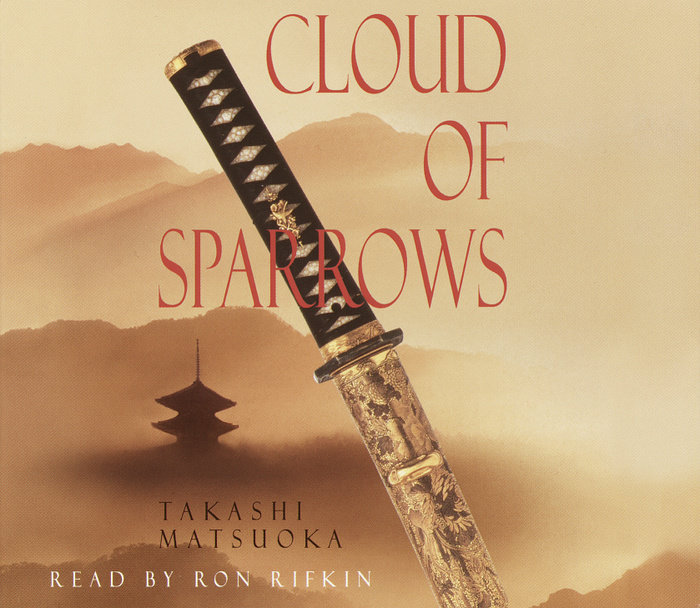 1. What commonalities exist between the Japanese and American cultures portrayed in the novel? What lies at the heart of their greatest impasses?

2. Are the warriors in Cloud of Sparrows motivated by a universal code of honor? What psychological “weapons” must they each possess? Why have Genji and his people become so militarily vulnerable?

3. Would Mary Anne and Heiko consider themselves to be working in the same profession? Which of them garners more respect from her clientele?

4. Discuss the perceptions of physical beauty described in the novel. In what way are the characters defined by their appearance? What determines whether a visual cue will translate into seductiveness?

5. Power struggles, on both a personal level and an international one, drive much of the novel’s plot. How do gender and ancestry contribute to power in Cloud of Sparrows? What other factors are relevant? Who are the novel’s ultimate victors?

6. What symbolic bridges are crossed in Autumn Bridge?

7. In what ways is Lady Shizuka’s tale repeated by successive generations? To what degree are her prophesies a source of inspiration, despite their tragedy? Do the novel’s spirits appear to be purveyors of evil, or merely its messengers?

8. Chapter Seven’s epigraph includes the observation that “courage and kindness are inseparable.” Has this aphorism proven to be true in your life? What do you make of the quote’s observations regarding the nature of men and women?

9. What parallels can be drawn between Jimbo and Makoto? How do Genji’s children embody various aspects of their father?

10. What is the effect of the novel’s closing scenes? Do the final paragraphs, depicting birth and death simultaneously, reflect or contradict the image of Abbess Jinkotu (Kimi) in a postwar climate?

11. While Cloud of Sparrows provides details about Emily’s painful childhood, Autumn Bridge describes Genji’s ancestral history through many generations. In what way do these notions of the recent past versus a distant one reflect how the characters perceive destiny? Do any family legacies shape your own choices for the future?

12. Themes of military, economic, and cultural dominance flow through both novels. How do these forces seem to evolve between the fourteenth and twentieth centuries? Where do love stories and religion factor into the equation of conquest?

13. Genji’s attempts to outlaw the subjugation of the outcast class are met with resistance by those who view Western lawmaking as a dangerous defiance of ancestors, necessitated only by societies that have no guiding principles. To what extent do contemporary governments around the world continue to grapple with this conundrum?

14. Takashi Matsuoka created a rich cast of supporting characters, including Matthew Stark, Shigeru, Go, and Hanako. How do their decisions enrich the realism of the novels?

15. What do the novels indicate about the significance of storytelling itself and the vagaries of interpretation? How do various generations perceive the narratives of their elders, both in the novels and in your own experience?