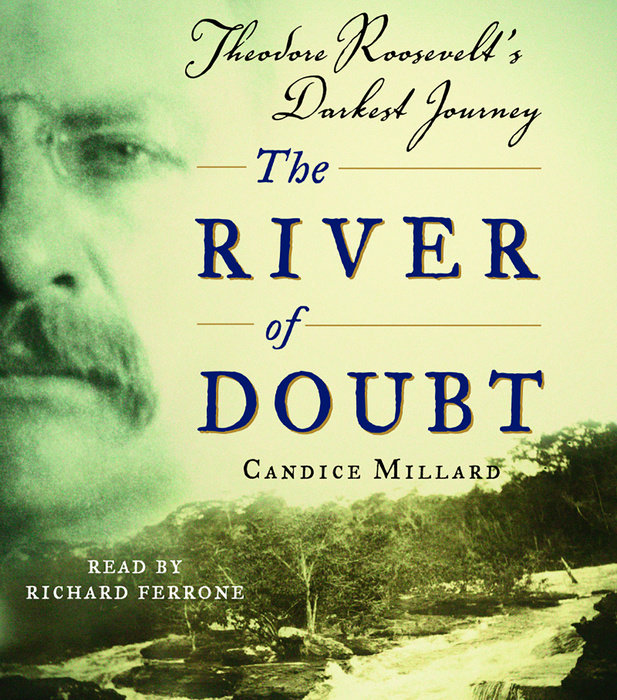 The River of Doubt

1. Chapter one, “Defeat,” depicts dramatic scenes from Roosevelt’s final election. What parallels exist between a risky political career and a risky Rain Forest expedition? What enabled him to survive both?

2. Compare Rondon’s and Roosevelt’s leadership styles. In what ways did these co-commanders complement each other? In what ways were they at odds?

3. Discuss the very concept of survival as it shapes The River of Doubt. In choosing provisions, what items did Roosevelt’s team consider necessary for survival? What aspects of survival (greater quantities of dry, mildew-free clothes, for example) did they overlook? What intangibles (especially in terms of emotions) are also necessary for such an expedition?

4. What aspects of humanity were represented by the various personalities in the group, ranging from exploitive Father Zahm and the rational Cherrie to the volatile Julio? Can such varied people coexist? How did you react to Roosevelt’s belief that it was necessary for Julio to be found and shot after he murdered one of the team members?

5. Do any contemporary American politicians possess Roosevelt’s public-speaking style? Why did he believe it was important to debate the former Chilean ambassador and deliver speeches refuting the protestors there?

6. Discuss the extraordinary medical history included in The River of Doubt. How was Roosevelt able to survive so much in his lifetime–from gunshot and disease to a train wreck–with only rudimentary medical care? What aspects of modern medicine would have made his expedition safer? Would safer conditions have undermined the thrill?

7. What did you discover about the intricate, sometimes surreal ecology and geography of the Rain Forest itself? What is the significance of the ancient history of South America’s formation, such as the plate tectonics that sculpted the Andes Mountains? What was it like to read descriptions of a region where few humans have adapted to the environment? Why is it important to preserve rather than develop these ecosystems?

8. In the end, what do you believe Roosevelt’s true missions were in this expedition? What was revealed about the nature of some geographic explorers when his success was met with deep skepticism? What motivates any explorer–from ancient nomads to NASA scientists? What separates Roosevelt’s brand of adventurousness from that of contestants on television shows such as “Survivor”?

9. Share your observations about the Cinta Larga, ranging from nutrition and family life to warfare. Does their self-sufficiency make them noble?

10. What did you discover about Roosevelt’s parenting style? Is his approach–particularly his insistence that his children learn to conquer rather than avoid obstacles–prevalent in many American schools today?

11. Do you believe that Kermit’s later despondency, which eventually drove him to suicide, was related more to genetics or to his life’s circumstances? Did his father expect too much of him? How did their relationship shift throughout this father-son expedition? How would you have fared on a similar mission with your mother or father?

12. How might Roosevelt respond to current concerns about the environment and climate change? How might he and his Progressive “Bull Moose” Party have fared in recent elections?

13. What separates The River of Doubt from other presidential narratives you have read? What writing techniques enabled the author to weave together science, travelogue, and history? What do the Notes and Acknowledgments sections reveal about her research techniques? If someone were to write a biography of you, what narratives could be constructed from your collection of letters and other memorabilia?

14. Discuss the historical context of Roosevelt’s trip, in terms not only of South American history but other aspects of world history from this time period, such as the sinking of the Titanic in 1912? Would World War I have unfolded differently if Roosevelt had defeated Wilson?

15. How were the first chapters of Roosevelt’s life, which were marked by poor health, resolved by this final South American chapter? Do his triumphs of endurance, from boxing at Harvard to valiant service during the Spanish-American War, form a timeline of progressively more dangerous challenges throughout his life? If so, did he finally meet his match with The River of Doubt? Why do you believe this expedition was, until now, less well known than his other triumphs?