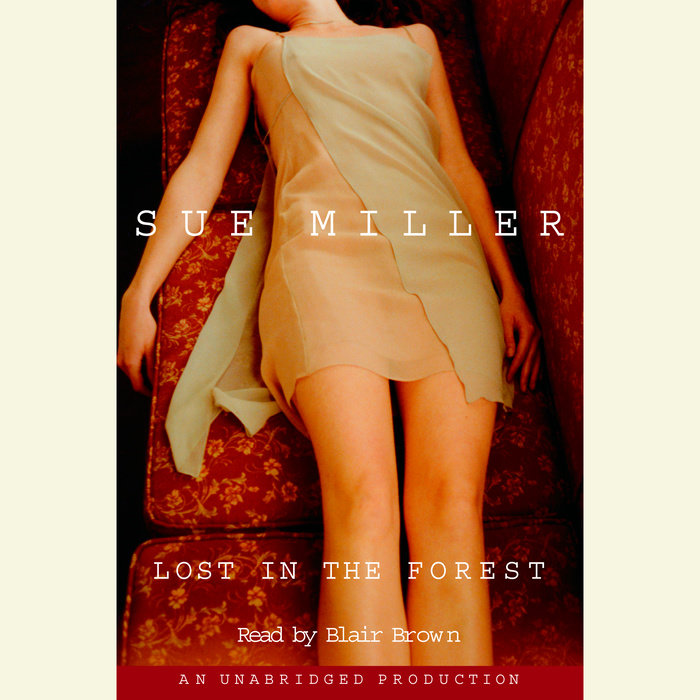 Lost in the Forest

1. Lost in the Forest opens with John’s death, a pivotal turning point for all the characters. How does each of them grapple with this loss differently? What does John represent to each of the children?

2. What does the title Lost in the Forest mean to you? Who, in the story, is lost? How is this image of a forest juxtaposed with the valley and vineyards of Napa?

3. Daisy’s name is a very evocative one. In what ways is she like a ﬂower waiting to bloom at the outset of the book? How does she bloom, and how does she wilt?

4. Early in the book, Mark refers to himself as “damaged goods” (p. 44). How does this mind-set affect his relationships with Eva, Emily, and Daisy? Who else in the novel might characterize him-or herself as damaged goods, and why?

5. Mark describes his early years of marriage with Eva as “further stumbling.” How does the pair grow together? In what ways do they complement each other, and how are they not a good match?

6. Why does Eva react to Mark’s affair so violently? Do you think she is justiﬁed or unjustiﬁed? Do you think that Gracie’s assessment of why Mark tells Eva about his affair is valid? Why or why not?

7. How is Eva’s relationship with John more of a rational decision about love? Do you think that makes it more or less powerful than the passionate connection she shares with Mark? Why does Mark decide he wants Eva back?

8. On their ﬁrst meeting, John asks Eva if a person drawn to books was seeking a kind of experience not available in ordinary life (p. 80). How would you answer this question?

9. How does Daisy resent Emily? How does she somehow feel superior toward her? How does Theo play into this dynamic?

10. Mark leaves Nebraska to “escape his role” in his family. How does Eva do something similar? How are both successful and unsuccessful in the quest to shake away the past? What of this legacy is passed along to their two daughters, and to Eva and John’s son, Theo?

11. How does Daisy’s relationship with both her father ﬁgures– Mark and John–seem similar to and different from that of Miranda and Prospero in The Tempest? How does each father shelter his daughter in markedly different ways?

12. How do Eva, Mark, and Daisy each express their yearning for belief? What roads do each of them take to ﬁnd a meaning of life beyond their own existences?

13. What compels Daisy to take money from her mother’s bookstore? How do you think it changes her? Why does she hide it, but not spend it? In what ways do her action enable Duncan to gain an initial hold over her?

15. “Men have died from time to time and worms have eaten them, but not for love,” Duncan says to Daisy (p. 154). Why do you think Duncan shares such a cynical attitude with Daisy? How does it affect Daisy in the short term? The long term?

16. Why does discovering evidence of Duncan and Daisy’s affair change Mark’s life? Why do you think that Mark never confronts Duncan explicitly? What about the situation makes him anguished (p. 226)?

17. In what ways is Mark a rescuer? How does Daisy also rescue him?

18. Daisy becomes an actress, not the writer she predicts, when she “grows up.” How does this choice represent a shift in her personality? How is it a natural choice for her, and how is it surprising?

19. Daisy says that “the oldest I want to be is about twenty-ﬁve.” When the book ends, she is approximately that age. Do you think she agrees with Mark that everything good happens after that? How do you envision her adolescence and early adulthood, which we do not see in the book?

20. At the end of the book, Mark says he is happy. How is this different from the contentment that his mother says she feels? Do you believe that the other people who are important to him have also found happiness? What, to you, deﬁnes happiness?