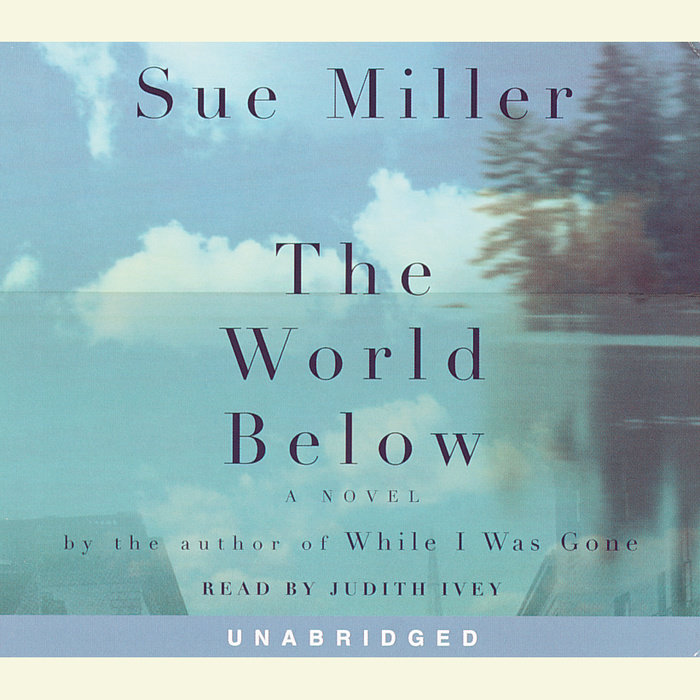 1. Soon after Catherine arrives in Vermont, a real estate agent approaches her about showing the house to prospective buyers. The realtor compliments her on the house and adds that she is also enamored of the house's "story"-"in the family for generations, both your parents living here into their old age, and so forth." Catherine recoils. "The truth was I didn't want to think of any of us that way-my grandparents, my mother, me. Or to have our life here used as a selling point-all that pain and sorrow and joy-to make the house itself more appealing. We weren't the house's story, none of us." Catherine is objecting, in part, to the fact that the story is more complicated than the realtor could possibly know-more complicated than any of them could possibly know, in fact. What does she mean? How is this notion advanced throughout the novel?

2. Miller writes that as Dr. Holbrooke examined nineteen-year-old Georgia he was "already beginning to think in terms of rescue." Yet in the same chapter he reflects on the arbitrariness of fate-of death in particular-and of the bewildering weight of his power in relation to both. How do you think Dr. Holbrooke squares his discomfort with his decision to have Georgia sent to the san? How do you think the author views his actions?

3. Catherine speaks of rescue, too in the scene in which she first meets Joe. "What shall I say of Joe? That I felt rescued by him from something I hadn't been conscious of needing rescue from? That I trusted him? Both were true. I never considered that I might be rescuing him." How does this differ from Dr. Holbrook's rescue of Georgia? To what extent are all relationships, especially romantic ones, a form of rescue?

4. As young women, both Cath and Georgia felt a deep sense of shame; both of them, early on , came to believe that they were failures. Why? Discuss the parallels in their lives.

5. Shortly after receiving the news that her father is to be remarried, Georgia cuts her hair. Is this transformation an act of empowerment or of self-punishment? "She unpinned her hair and let it down-your crowning glory her mother had called it-and watched as the long bolts of it slipped and whispered to the floor? What is Georgia rejecting? What is she embracing?

6. In chapter eight, Catherine invites Samuel Eliasson back to her house, and they have a conversation about the past. Eliasson, a historian, says that he views himself as an anthropologist, of sorts; he compares the past to "another culture, another country." What does he mean? And how is this notion of the past reflected in the novel as a whole?

8. The novel takes its name from the image of a town submerged beneath the surface of a lake. Catherine glimpses this world one day while fishing on the lake with her grandfather: "I looked down again. It came and went under the moving water, the sense of what was there. There were long moments when I couldn't quite get it, when it seemed I must have imagined it. But then there it was again, sad and mysterious. Grand, somehow. Grand, because it was gone forever but still visible, still imaginable, below us." Discuss this image in relation to the novel's themes. How has the author woven it into the novel's narrative and the narrative of its individual characters? What is the "World Below"?

9. Catherine expresses a desire to begin life anew at various points throughout the novel-when she arrives with her young children on her grandparents' doorstep, after seperating from her first husband; when she arrives in Vermont to make a decision about whether to sell the house or stay on; when, as a teengager, she is offered the chance to live with Rue in Paris for a summer. Each of these moments offers her, or seems to offer her, the possibility of inventing a new self. Is this kind of self-invention possible? Discuss the author's views on identity.

10. Discuss the question above in relation to Georgia's life. Look, in particular, at Georgia's thoughts after leaving the san, and at her first conversation with Dr. Holbrooke at her father's wedding. To what extent is it possible for other people to act as a bridge between our past and future selves?

11. In chapter eleven, Georgia and Dr. Holbrooke have a heated argument in which it unfolds that their marriage has been built on a misunderstanding. Can true love ever emerge out of a falsehood, even an accidental one? How does the author shape our perception of their marriage through the course of the book?

12. During Georgia's argument with Dr. Holbrooke it is also revealed that Georgia did not have TB at the time she was sent to the san, and that Dr. Holbrooke misled her about the condition of her lungs. Dr. Holbrooke claims that he was justified in lying to her because her time at the san was beneficial-she rested, she gained strength, she was relieved of the daily burdens of caring for her family. "But it changed my life!" Georgia cries in response. What is your view of Dr. Holbrooke's decision to have her sent away? Was this an act of mercy, or a misuse of power, or both? Do we have the right to change one another's lives?