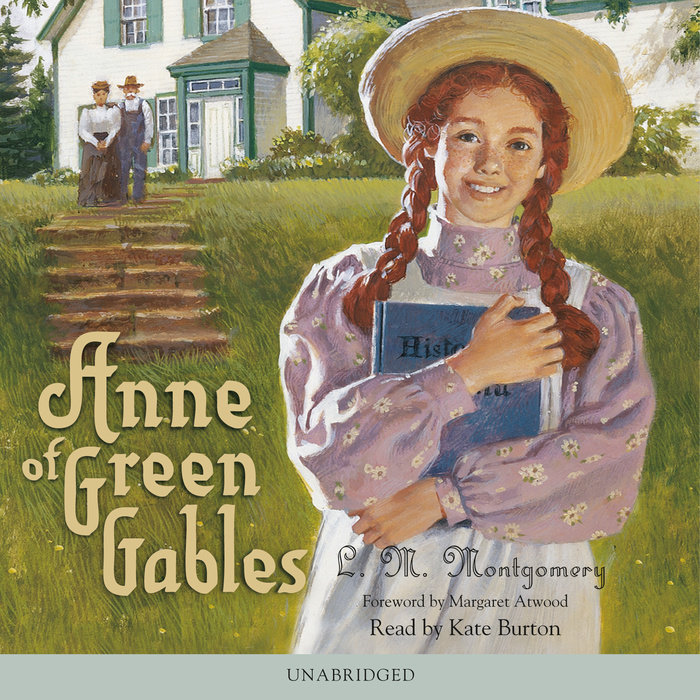 1. In chapter 2, when Matthew is driving Anne back to Green Gables, she asks him: “Isn’t it splendid to think of all the things there are to find out about? It just makes me feel glad to be alive” (p. 16). Given her tragic childhood, how do you think Anne is able to maintain such a positive attitude?

2. From the moment she arrives in Avonlea, Anne is insistent on renaming places and inanimate things. Barry’s Pond, for example, becomes “The Lake of Shining Waters” and Marilla’s geranium becomes “Bonny.” Why do you think she does this?

3. Marilla gives several reasons for finally deciding to keep Anne. What reason do you think most changed her mind?

4. “Scope for imagination” is a characteristic that Anne treasures highly in others. Discuss the role of imagination in the novel. How does it shape Anne’s time at Green Gables? How does it evolve in other characters around her?

5. Good behavior is very important to Marilla and very difficult for Anne. From where do you think each derives her moral code? How do both characters change, when it comes to behavior? Think, in particular, of Anne’s confessions.

6. Anne is a remarkably compassionate child and is able to forgive even those who have judged her unfairly, such as Mrs. Rachel Lynde or Mrs. Barry. Why, then, do you think she holds such a grudge against Gilbert Blythe?

8. When Anne is at Queen’s College, she thinks: “All the Beyond was hers with its possibilities lurking rosily in the oncoming years—each year a rose of promise to be woven into an immortal chaplet” (p. 266). How is this message both hopeful and sad? How do you think Anne’s conceptions of the future change throughout the book?

9. Discuss Anne’s reaction to Matthew’s death. How do you think it shows her maturation? How, if at all, do you think she was prepared for it?