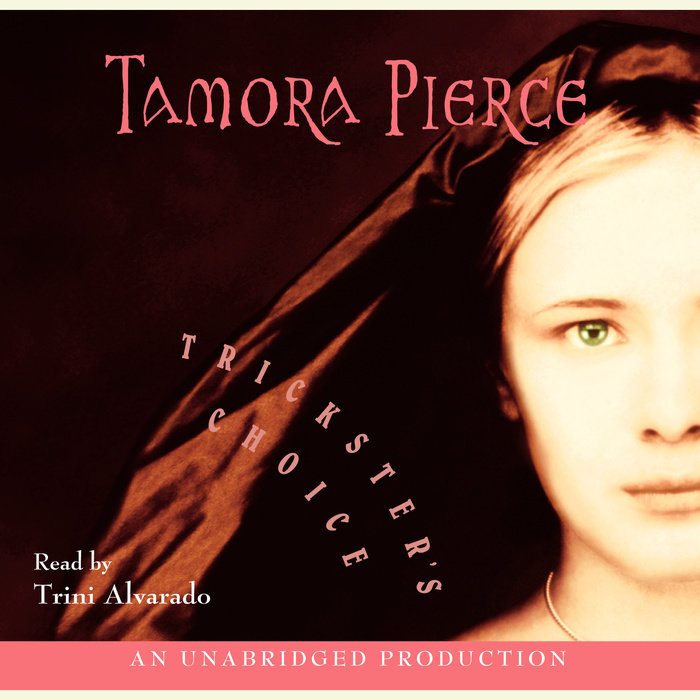 1. In the first pages of Trickster’s Choice, Aly’s mother, Alanna, accuses Aly of “not wanting to do anything.” On the same page Aly says to someone else: “You try being the daughter of a legend. It’s a great deal of work.” How do these two statements relate to each other? When Aly is separated from her family, how does it change both her and her mother? Could these changes happen in a contemporary setting?

2. “This is going to be my greatest trick ever, pulled off under the noses of mortals and gods alike,” Kyprioth tells Aly. What trick is he talking about?

3. Aly keeps her true identity a secret in the Copper Isles. Why?

4. How are the Balitangs different from other slave owners? Does it make a difference in their relationships with slaves? How are slaves and servants different in the Copper Isles?

6. How are the morals of the people in Tortall different from those in the Copper Isles? How are the raka and luarin different? Tamora Pierce is inspired by both history and current events. Can you think of specific times, places, or events that might have inspired her when she wrote Trickster’s Choice?

7. Why do the Balitang’s raka slaves and servants protect Sarai and Dove? What does it mean for the raka people?

8. “It isn’t just children who need heroes. Don’t you see what she’s done for women, for all women?” Dove asks Aly when inquiring about the Lioness. Whom does each of the characters in the novel look up to?

10. Why is Nawat the only crow to turn himself into a human? Why does Aly resist falling in love with him? Is she only afraid to be vulnerable, or is it something more?

11. What is Bronau’s interest in Sarai? Why doesn’t he ask her father’s permission to court her? What was his relationship with Winnamine, Sarai’s stepmother? Who do you think understands Bronau’s motivations best?

12. How is Aly’s family like and unlike the Balitang family? How do those two families compare to the royal family of the Copper Isles? Do you think the families in this fantasy setting reflect the relationships in families today?