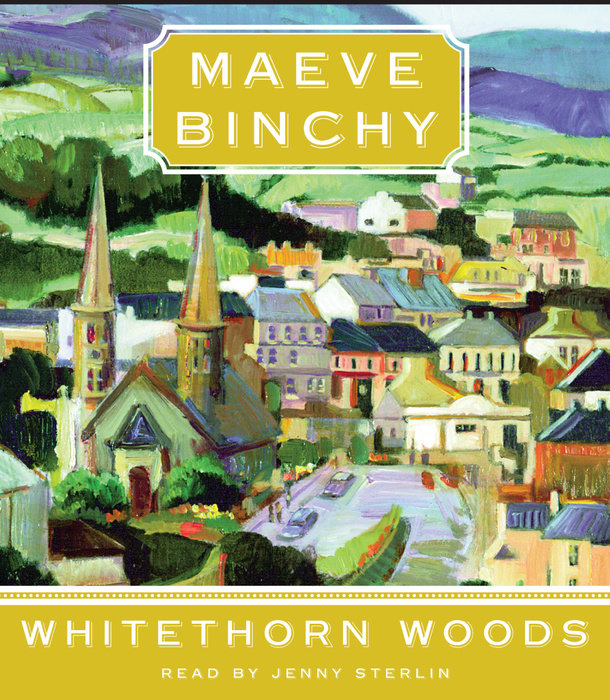 1. Discuss the observations Father Flynn makes about religion in the first chapter. Although his concerns and frustrations are specific to the Catholic Church, what do they reveal about the struggles clergy of every religion face today? Beyond preserving religious traditions and rites (“people still had to be baptized, given first Communion, have their confessions heard; they needed to be married and buried” [p. 6]), do religious institutions have a meaningful role to play in the twenty-first century? If so, are they fulfilling this role?

2. Neddy Nolan begins his narrative by saying, “nobody expects too much from Soft Neddy so I more or less get away with my way of looking at things” [p. 20]. How do the various stories he tells about himself—from the incident with Nora to his life in London and his marriage to Clare—reflect the contrast between the perceptions of others and Neddy’s own point of view? What advantages does his apparent lack of sophistication give him?

3. In describing her childhood, Clare says, “I was both proud and ashamed when I was a schoolgirl. Proud that I was able to stay out of my uncle’s messy clutches. And ashamed because I came from a family that wouldn’t look after me but left me to fight my own battles against things I didn’t understand” [p. 32]. Do you think this reaction is common among abused children? How does the combination of fear and pride shape Clare, both as a child and as a young woman out on her own?

4. The stories of Vera and Sharon provide a lighthearted look at love and romance through the perspectives of two generations. How does Binchy bring to life the idiosyncrasies of love at different stages in our lives?
In what ways do the stories speak to the timeless needs, desires, and hopes that underlie the search for love?

5. Friendship takes center stage in “Malka” and “Rivka.” Why has Binchy chosen Israel, a setting far from home for both protagonists, as the meeting place for the women? Would these two women have become friends in either Ireland or America, their respective homelands? What role do less-than-perfect marriages play in their deep attachment to and dependence on each other? Do you agree with Rivka’s opinion that “friendship was better than love in a way, it was more generous” [p. 79]?

6. What was your initial reaction to “Becca”? Were you surprised to come upon this chilling story? Does the portrait of Gabrielle change your understanding of Becca’s horrific act [pp. 101–111]? What do the two stories represent in terms of the themes of the novel and the fictional world Binchy is creating?

7. In “Barbara” and “Someone from Dad’s Office,” Binchy explores the transformations that occur when people see one another in unfamiliar contexts. What factors shape the assumptions Barbara and her coworkers make about one another in the office? What parallels exist between the way the narrator views his father in “Someone from Dad’s Office”and the way adults form their opinions in “Barbara”? Do you think the new relationships among the characters will last, or will the old patterns inevitably reemerge?

8. “Dr. Dermot” and “Chester’s Plan” focus on the transition from the past to the present (and the future), and its impact on individuals and communities. What specific details and observations in the stories highlight common reactions to change and progress? Discuss, for example, how the conflict between Dr. Dermot and Dr. White represents more than the clash of two personalities and two different styles of practicing medicine. In what ways does Chester Kovac epitomize the image that people in other countries have of Americans and how this image affects his interactions with the local population?

9. What do Helen’s and James’s accounts reveal about the nature of marriage and the ties that bind people together? How does Binchy treat Helen’s act of desperation and its repercussions? Does she make moral judgments, or does she leave this up to the reader?

10. June and Lucky are the youngest narrators in Whitethorn Woods. What do their perspectives reflect about the significance of roots and of family in contemporary times? What insights do they offer into the complicated terrain of mother-daughter relationships?

11. Binchy paints a wry portrait of courtship in “Emer” and “Hugo.” What distinguishes Binchy’s take on modern romance from the stories told in popular movies, on television, and in “chick-lit” novels? In what ways are the characters, and the way the plot unfolds, reminiscent of traditional fairy tales?

12. What expectations and assumptions—emotional, psychological, and societal—lie at the heart of the relationship between Pearl and her adult children? Is Pearl’s willingness to make excuses for her children naïve, or does it reflect a universal maternal instinct? What does it say about John and Amy that they ignore or are ashamed of their roots? And what does it reveal about Linda’s character that she breaks up with John? What do the characters’ self-deceptions and pretenses demonstrate about family dynamics in general?

13. Poppy’s tale and her sister’s complementary account deal with the same, straightforward “facts,” but make very different impressions on the reader. At the conclusion of her story, Jane asks, “Was it at all possible that Poppy could have been right? Poppy, whose skin had never been cherished, whose hair had never been styled and whose wardrobe was a joke, a bad joke. Surely Poppy couldn’t have discovered the secret of life? That would be too unfair for words” [p. 268]. To what extent does Poppy represent humanity’s most admirable qualities and values? In what ways does she fall short of your definition of the “ideal” person?

14. In “Pandora” and “Bruiser’s Business” Binchy uses the everyday interactions at a beauty parlor to shed light on the secrets, misunderstandings, and false assumptions that too often rule people’s behavior. How does Binchy both use and defy conventional stereotypes (about class, marriage, and sexual preference, for example) to make her characters believable?

15. Why are the stories of Melanie and Caroline coupled under the heading “The Intelligence Test”? What characteristics link the protagonists and their attempts to establish independent, meaningful lives? Were you satisfied with the way the conflicts were resolved?

16. Several of the stories in Whitethorn Woods deal with marriage and the way husbands and wives communicate with each other; others explore the relationships between parents and children as well as among siblings. What do the intricacies of family life tell us about human nature in general? In what ways does the novel deepen your understanding of what constitutes a good marriage and family?

17. The cast of characters includes simple country people, educated and sophisticated people, believers and skeptics. Which characters deal most successfully with the changes in their personal lives and the changes coming to Rossmore? In what ways do their stories redefine and add a new, modern meaning to the concept of faith?