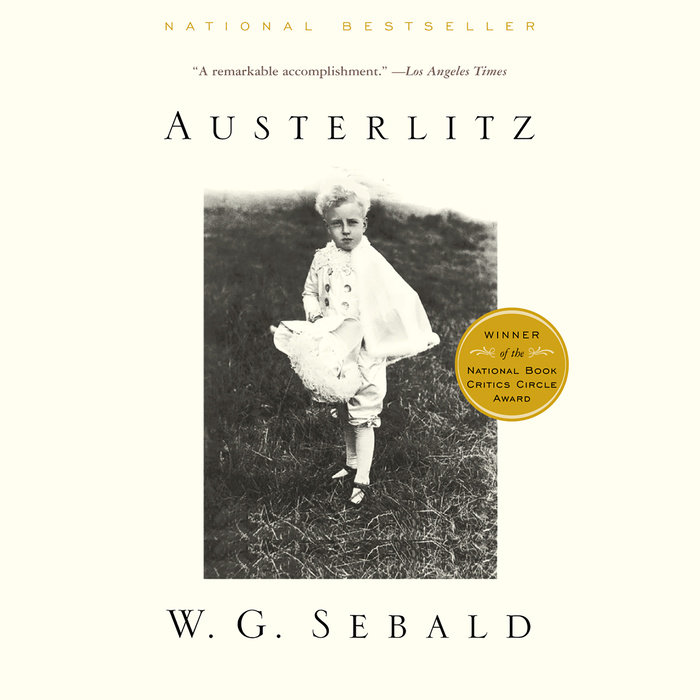 1. In what ways can Sebald’s work be said to create a new genre? Do we know whether to take Austerlitz as fact or fiction?

2. Why do you suppose Sebald incorporates photographs into his work? To what effect?

3. Where does the name Jacques Austerlitz come from? Why do you think Sebald chose it?

4. What is the relationship between past and present throughout the book? What tricks does Sebald play with the passage of time? What does Austerlitz have to say on his experience of time?

5. What sort of mood does Sebald’s use of language create throughout the novel? How does Sebald’s language function in the same way that character and plot do in a more traditional novel?

6. Some critics have called attention to Sebald’s wan sense of humor–a “low-key gallows humor.” What examples of this humor can you find in the book?

7. What type of architecture most appeals to Austerlitz? What do you make of this fascination?

8. Various animals appear throughout the novel. What does the novel make of the relationships between humans and other creatures, and between all animals–humans included–and their environment? How do animals in the novel orient themselves, and what does it mean, throughout, to become literally dis-oriented?

9. What does the novel have to say about the mind’s defenses against great trauma?

10. At the novel’s end, Austerlitz tells the narrator of a Jewish cemetery located just behind his house in London, behind a wall, whose existence he’d only discovered during his last days in the city. How does the discovery of the cemetery replicate Austerlitz’s discovery of his heritage, and what does this link suggest about the connection between physical artifacts and the workings of memory? In what way could it be said that this cemetery’s presence in the novel honors the durability of the world of European Jewry that Nazi Germany attempted to expunge?