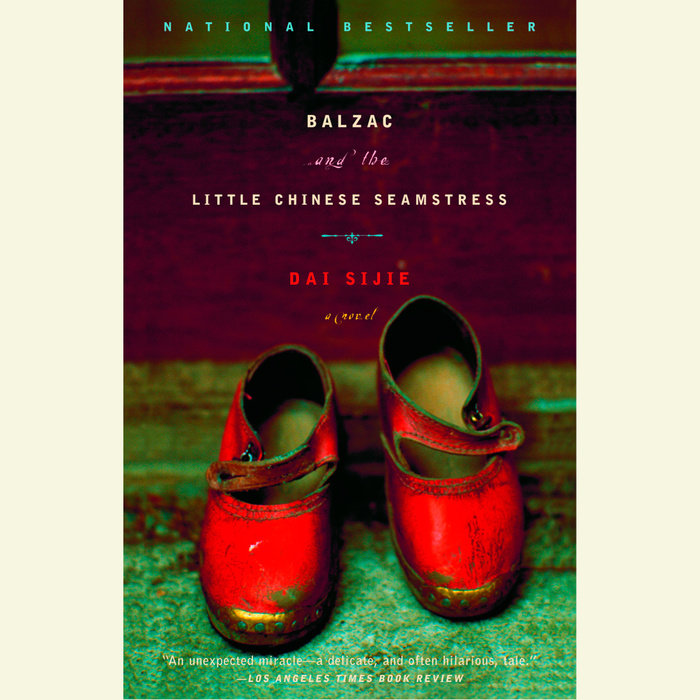 Balzac and the Little Chinese Seamstress

1. What does Balzac and the Little Chinese Seamstress reveal about the nature and purpose of China’s Cultural Revolution and the suffering it caused? In what ways does the novel offer a more intimate portrait of what life was like under Chairman Mao than a strictly historical account could?

2. Why have the narrator’s and Luo’s parents been named “enemies of the people”? What were their crimes? How does this classification affect the fate of the two boys? Why did China want to reeducate people like the narrator and Luo?

3. Early in the novel, the narrator says, “The only thing Luo was really good at was telling stories. A pleasing talent to be sure, but a marginal one, with little future in it. Modern man has moved beyond the age of the Thousand-and-One-Nights, and modern societies everywhere, whether socialist or capitalist, have done away with the old storytellers—more’s the pity” [p. 18]. Is he right about the marginal status of the storyteller in the modern world? In what ways is this novel an argument for the importance of storytelling?

4. When the narrator first reads Ursule Mirouet, even though he’s heard “nothing but revolutionary blather about patriotism, Communism, ideology and propaganda all his life,” he is transformed by Balzac’s story of “awakening desire, passion, impulsive action. . . . In spite of my complete ignorance of that distant land called France . . . Ursule’s story rang as true as if it had been about my neighbours” [p. 57]. What is it that enables him to identify so strongly with characters and situations he has never experienced? What does his experience suggest about the power of literature? In what ways does Balzac and the Little Chinese Seamstress exert a similar power on its readers?

5. Luo is sent to the mountains to be reeducated, an experience he bitterly resents, and yet he himself wishes to reeducate the Seamstress. When he steals Four-Eyes’ suitcase full of novels, he says, “With these books I shall transform the Little Seamstress. She’ll never be a simple mountain girl again” [p. 100]. What is the ironic result of his success in making the Little Seamstress more sophisticated? What does the novel suggest about attempting
to change others according to one’s own beliefs or desires?

6. In what ways does China under Chairman Mao, as represented in Balzac and the Little Chinese Seamstress, resemble Afghanistan under the Taliban, or other cultures that strive to keep the modern world from undermining traditional or religious values?

7. Why does Four Eyes object to the authentic mountain songs Luo and the narrator bring back from the old miller? How does he alter them to make them politically correct? What ironies are involved in the effort to make peasant culture conform to communist ideals?

8. When the narrator sees the books in Four Eyes’ suitcase, he remarks, “Brushing them with the tips of my fingers made me feel as if my pale hands were in touch with human lives” [p. 99]. And when Luo later burns the novels, it is the characters, rather than the books, that seem to go up in flames. Why does he regard these books as being so alive?

9. When the tailor and the Little Seamstress come to stay at the house on stilts, the narrator observes how agitated and impatient women become when considering clothes: “It would evidently take more than a political regime, more than dire poverty to stop a woman from wanting to be well dressed: it was a desire as old as the world, as old as the desire for children” [p. 122]. Do you agree with this statement? Are such desires inspired by cultural pressures or inherent in human nature? What does this passage suggest about a political system’s ability to shape and control a people’s basic wishes?

10. When Luo suffers a bout of malaria, the narrator is called upon to tell a story: “I embarked on the strangest performance of my life. In that remote village tucked into a cleft in the mountain where my friend had fallen into a sort of stupor, I sat in the flickering light of an oil lamp and related the North Korean film for the benefit of a pretty girl and four ancient sorceresses” [p. 39]. Why are the rural Chinese so fascinated by film, or the stories they tell? What does this scene suggest about the convergence—and compatibility or incompatibility—of ancient and modern ways of life?

11. Balzac and the Little Chinese Seamstress is a harshly realistic novel, in which the two main characters are forced to work in a coal mine and to carry buckets of excrement up and down a mountain, but it also has a fairy-tale quality. What makes the book read like a fable? How has Dai Sijie managed to merge these two narrative traditions?

12. How can Balzac and the Little Chinese Seamstress be read as a coming-of-age novel? Do the events in the story change the narrator and Luo? Have they lost their innocence by the end of the book?

13. What is the irony of Luo and the narrator discovering western literature only when they are sent away to have decadent western ideas reeducated out of them?

14. Throughout the novel, the repression of Western literature, and by extension Western cultural values, is presented as a terrible deprivation. And yet, at the end, when the Little Seamstress sets off for the city, she tells Luo that “she had learnt one thing from Balzac: that a woman’s beauty is a treasure beyond price” [p. 184]. How does this ending complicate the novel’s apparent endorsement of cosmopolitan Western culture and literature over rural Chinese culture? How is the Little Seamstress planning to use her beauty?