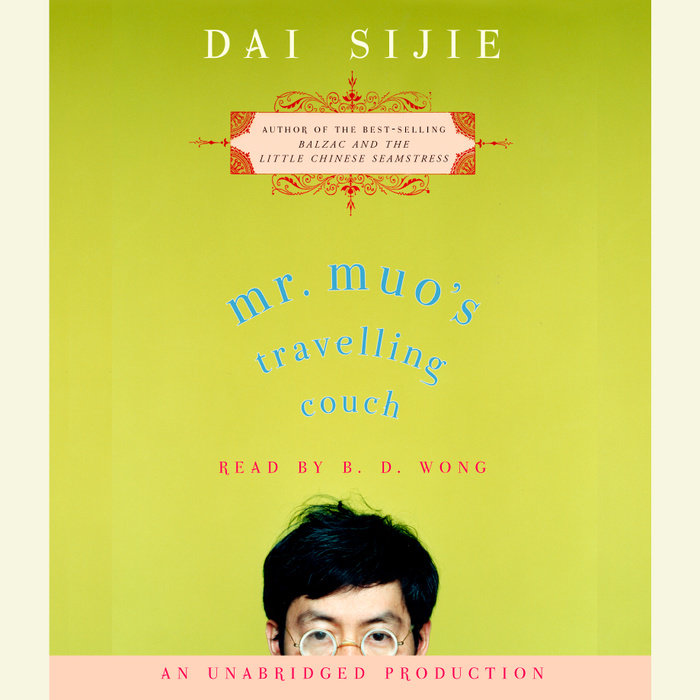 1. Sijie explicitly compares Muo to Cervantes’s famous knight, Don Quixote. Upon Muo’s rejection of a shop girl’s overtures, Sijie writes, “Had she insisted, had she pled for the sake of her business or her family, had she played the damsel in distress, it might have ended quite differently for Muo the incorruptible, Muo the true, Muo the knight in shining armour! Invoking the name of his own Dulcinea, he pictured her in his mind as he pedaled along the bumpy road just ahead of his dream-logo banner” [p. 96]. How is Muo’s quest Quixotic? What else does Muo seek besides a virgin as he traverses China?

2. Is Muo an unlikely hero? Is he a believable character? What are his strengths and weaknesses? Muo often does unpredictable, strange things, such as his acrobatics when he visits Judge Di’s chambers [p. 74], or when, as a boy, he shoved a whole egg into a storyteller’s mouth [p. 83]. What makes him act like this? Is he comical?

3. As the motivation for Muo’s journey, Volcano of the Old Moon is a key figure in the novel. However, like Muo’s parents, she only appears in Muo’s memories and other recollections. How does their absence reinforce the themes of the novel? Do these characters belong to a different world from Muo or the other characters with whom he becomes entangled?

4. Why does The Embalmer seem to disappear from the novel and, apparently, Muo’s thoughts after he sleeps with her?

5. Is Muo a reliable reporter on the nature of love? What is the nature of his love for each of the four women he claims he “truly loves” [p. 276]? Muo thinks that his dream about Volcano of the Old Moon’s pregnancy and her prison cell being invaded by a firing squad was, “In Freudian terms . . . a sign of ‘the beginning of the end of love’” [p. 280]. What does this mean?

6. Describing psychoanalysis as one would a religion, Muo cries, “Revelations, confessions, emotional apocalypse! Ah, the power of psychoanalysis!” [p. 95]. What is it about Freud’s writings and teachings that appeals to Muo? What power does he think lies in understanding dreams?

7. Why are all the provincial people in Chapter 6, “A Movable Couch,” so eager to have their dreams interpreted? How do they react to Muo’s interpretation of their dreams? Are their reactions what Muo expected or hoped for?

8. Muo begins his quest with doubts about his faith in Freud: “Ever since setting foot in China, Muo, the most doctrinaire of disciples, has faced looming doubts about his psychoanalytic vocation. . . . He looks for orthodox answers in his psychoanalytic texts, but when he finds the answers, they seem only more outlandish here, in his true home. Nothing disconcerts him more than the prospect of renouncing his calling” [pp. 84–5]. What about being in China makes his faith in Freud waver? Does Muo lose his faith in Freud completely by the end of his quest?

9. Toward the end of the novel, Muo concludes, “No one can truly comprehend a dream. But not even artists, a breed apart, understand the meaning of dreams. They merely create them, live them and end up as the dreams of others” [p. 281]. How are the creations of artists—including books—like dreams? If books are like dreams, and dreams cannot be interpreted, what is Sijie implying about the ability of the reader to understand a book?

10. In the chapter entitled, “The Sea Cucumber,” Sijie describes in exhaustive detail the food that Judge Di consumes [p. 257]. For what is food a metaphor? How are the physical appetites and desires of the characters different from their spiritual desires? Do these different desires intersect or overlap?

12. Muo thinks, “Now Fate had decreed that Judge Di should be the one to spur him on to resume his old quest, driving him to realize the old ideals concretely, with a proper balance of revolutionary romance and proletarian realism, as Mao would have wished. Nowadays, great leaps forward are par for the course in the communist world, but that hardly makes Mao’s leap less great” [p. 277]. Is Dijie’s homage to Mao Tse-Tung sincere? Is Muo as much—or more—a product of Mao Tse-Tung’s Communist China as he is a disciple of Freud? Is Muo’s true home in China or France?

13. In a passage about Judge Di’s successes, Sijie writes, “Some years later, when his life was all sunshine (not thanks to the rays cast by the Great Helmsman, despite the song sung by billions of his countrymen for half a century—‘The sky reddens in the East. The sun rises. It is he, Mao, our president . . . ’—but rather to the sun rising in West, the sun of capitalism in the communist mode)” (p. 259). Is there other evidence of capitalism’s influence on the modern China to which Muo returns? How has China reconciled this capitalistic influence with its communistic state?

14. Is there a distinctive “Chinese” personality that is different from a Western personality? How are the Chinese men portrayed compared to the Chinese women in the novel? Are their dreams different?

15. Muo compares the self-denunciations collected by The Stork from the Great Cultural Revolution to “confessional novels” [p. 200]. What do each of these types of confessions have in common with the central motif of the novel: the sharing of ones dreams? Are politicians, Freud, Muo, and the reader all equally duped by their own mistaken conviction of their ability to understand the dreams of another?

16. Sijie employs an original narrative style and different devices to relay the events of the novel and to convey Muo’s inner thoughts. For example, he relates Muo’s bout in the insane asylum through a newspaper article [p. 66], Muo’s experiences with the girls in the domestic workers’ market through first-person entries in his “psychoanalytic workbook” [p. 107], and Muo’s adventures with the Lolo through a letter from Muo to Volcano of the Old Moon [p. 214]. Does Sijie’s style add another dimension to the novel or detract from its plot? Does it reinforce the themes of the novel?

17. Sijie also inserts himself occasionally as an instructive narrator: “Here it must be remembered that whatever the faults of Muo’s conduct of his own life, however crushing his ignorance, in matters of psychoanalysis, particularly as applied to the domain of dreams, his knowledge was vast and unimpeachable” [p. 90]. Is this narrator sincere or sarcastic? How does this testament to Muo’s knowledge affect the reader’s faith in Muo or ability to sympathize with him?