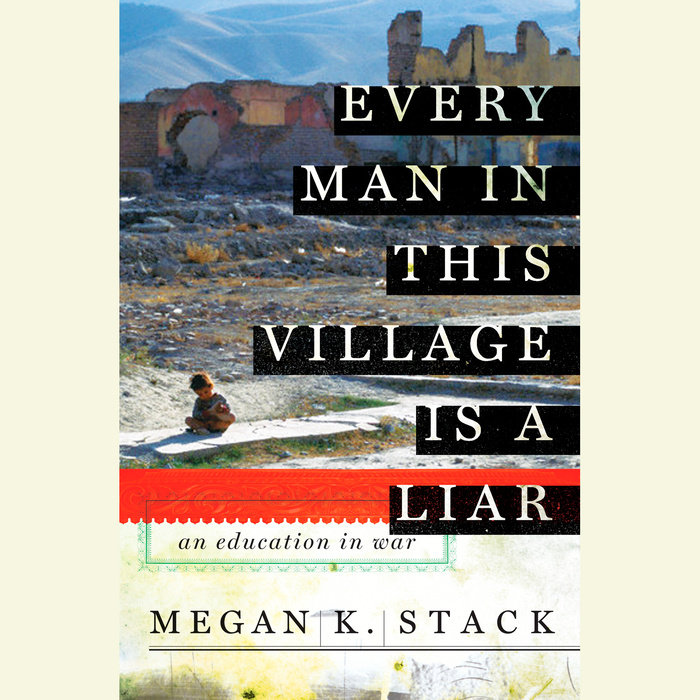 Every Man in This Village is a Liar

1. Every Man in This Village Is a Liar is, in many ways, a book about telling the truth. What truths does Megan Stack discover and reveal throughout the course of the book? Why is it so important to tell the truth amid the lies of war?

2. Stack writes an article about Palestinian suicide bombers that engenders death threats from Israeli readers. When she asks why, a reporter friend tells her: “You humanized them. You’re writing about suicide bombers as people who have corpses and families. They can’t stand to see them written about like that” (p. 44). Why is it necessary to dehumanize one’s enemies during war? In what ways is Stack’s book an effort to humanize everyone she writes about?

3. Who are some of the most memorable people Stack meets during her reporting on the Middle East? Why is it so important to tell the stories of individual human beings caught up in the suffering, pain, and grief of war?

4. Writing about the Old Testament story of Abraham’s willingness to sacrifice to his son Isaac in order to do God’s will, Stack observes “the trouble is that, centuries later, the Middle East is still packed with murderers who believe they are doing God’s will, privately attuned to the ring of God’s voice. This is still how Middle Eastern battles are fought, by Arabs, Israelis, and now by Americans. Blind faith is the footbridge that takes us from virtuous religion to self-righteous violence” (p. 103). Why does religious fundamentalism so often lead to violence? Has America been guilty of the same kind of self-righteous extremism it opposes in the Middle East?

6. What does Stack reveal about how women are treated throughout the Middle East? Why is it important to have a woman journalist’s view of the conflicts in the region? What contrasts are provided by the American women Stack interviews in Saudi Arabia?

7. “Here is the truth,” Stack writes. “It matters, what you do at war. It matters more than you ever want to know”  (p. 51). Why does it matter so much what one does in war? What are the consequences not just for individuals but for nations in how they conduct themselves during war?

8. Every Man in This Village Is a Liar is subtitled An Education in War. In what ways is Stack educated by war? In what ways does she educate her readers about the realities of war?

9. How does Every Man in This Village Is a Liar challenge conventional views of the Middle East?

10. Near the end of the book, Stack writes about the strange feeling of being present and absent at the same time. It occurs to her that this might be “the most American trait of all, the trademark of these wars. To be there and be gone all at once, to tell ourselves it just happened, we did what we did but we had no control over the consequences” (p. 240). In what ways is this an essentially American trait? What dangers are inherent in this way of being simultaneously engaged and disengaged?

11. Stack ends the book by reminding readers what war has taught her: “You can survive and not survive, both at the same time” (p. 245). What is the meaning of this paradoxical statement?

12. In the epilogue, Stack writes that she has “given up on pulling poetry out of war” (p. 246). In what ways has Stack found a gritty, heartbreaking poetry the war-torn Middle East? What passages in the book rise to the level of poetry? Why would she give up this way of writing about war?

13. What are some of the most harrowing moments in the book? What effect do they have on Stack and on her readers?

14. Stack concludes that the “war on terror never really existed,” that it was “essentially nothing but a unifying myth for a complicated scramble of mixed impulses and social theories and night terrors and cruelty and business interests, all overhung with the unassailable memory of falling skyscrapers” (p. 3). Is she right about this? In what sense is the war on terror unreal?

15. Every Man in This Village Is a Liar plunges readers into the visceral particulars of the war in Iraq and other ongoing conflicts in the region, giving a vivid sense of the texture of war. But what larger points does the book make about war, America’s involvement in the Middle East, the treatment of women in Islamic countries, and other issues?

(For a complete list of available reading group guides, and to sign up for the Reading Group Center enewsletter, visit: www.readinggroupcenter.com.)