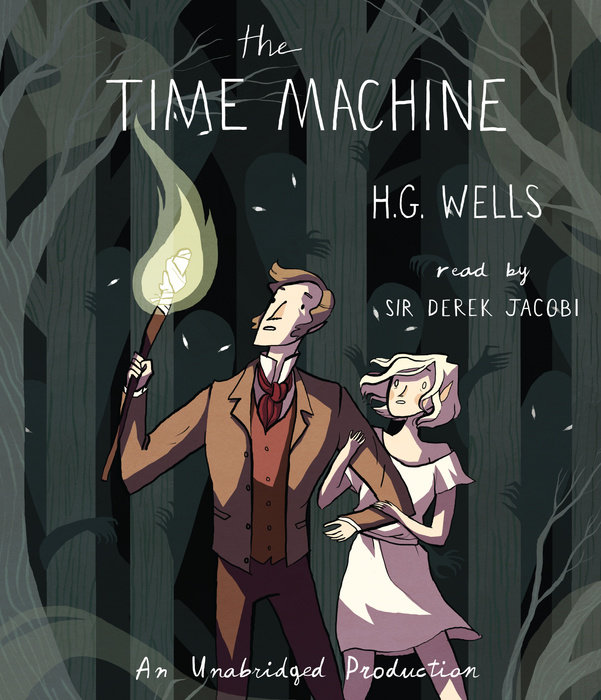 1. 1. As Ursula Le Guin mentions in her Introduction, The Time Machine was once published in a collection titled Seven Scientific Romances, and indeed H. G. Wells was known to refer often to the novella as a “romance.” This may seem an unusual way of classifying The Time Machine. Why might Wells have deemed his work a “scientific romance”? What elements of the story, and of Wells’s own motivations for writing it, would justify that categorization?

2. 2. In Wells’s Preface to this edition of The Time Machine, he refers to himself in the third person, as “the writer,” until he startles the reader by referring to “my story” at the midpoint of the essay. Why might Wells have made the choice to refer to himself in the third person, and what effect did this have on your response to the rest of the book? Did his apparent objectivity provide an additional sense of credibility to the text? Why might he have abruptly switched voices, making the piece more personal, after establishing himself as an objective observer?

3. 3. The story of The Time Machine is framed by a dinner party. The banquet, or dinner party, is prevalent in literature as both a trope and a literary device. The use of a dinner party in science fiction may, however, seem somewhat untraditional. Why might Wells have chosen a dinner party as a framing device for his story? What purposes does it serve? In a story about time and time travel, did it help to ground you, the reader, in the present?

4. 4. The Time Machine, written in 1895, is often viewed as a radical and insightful discourse in the science of time/
space relations. As a piece of fiction, it is entertaining and provocative, but Wells also delves into a profound discussion of time as a fourth dimension. The Time Traveller’s explanation of these scientific ideas is rather detailed and quite scholarly. Where in the story does he first explain these ideas, and how does he do so? While this may be exposition for the rest of the story, what other purposes might Wells have had in engaging this discussion in such detail? What might Victorian readers have thought about these ideas? What might the character of the Time Traveller reveal about Wells’s attitudes toward science and the scientific pursuit?

5. 5. The issue of credibility comes up at the outset of The Time Machine. How does the Time Traveller attempt to give credibility to his ideas at the beginning, and what devices throughout does the character use to make the time-travel premise believable for his audience? What techniques or ideas does Wells use to make the premise credible for his readers?

6. 6. Throughout the novel, the only character named is Weena. Each of the Time Traveller’s companions is referred to by either first initial or occupation, and the narrator’s identity is not even disclosed until the book’s conclusion. Why might Wells have used this technique? Is the fact that Weena is the only character acknowledged by name meaningful to the book?

7. 7. Written at a time of rapid economic growth and industrialization in England, The Time Machine is renowned as a work of social criticism. It is known that Wells’s own political beliefs were leftist. Describe the relationship between the species of the future, the Eloi and the Morlocks. How might The Time Machine, in its depiction of the future and the struggle between these species, be a metaphor and prophecy for the age in which Wells was living?

8. 8. It is noteworthy that the Time Traveller comments so often on the year in the future to which he traveled, 802,701. Why was it necessary for Wells’s to set his story so far in the future? Does the extremity of the setting make the novel more or less relevant as a work of social criticism?

9. 9. The idea of evolution arises often in this book; the discussion of it falls into the categories of both scientific commentary and social criticism. How does Wells depict the evolution of the human race? What factors contribute to the final results? How do the Eloi evolve into androgynous automatons, while the Morlocks devolve into brutish troglodytes?

10. 10. The processes of evolution and devolution as depicted in The Time Machine provide interesting insight into the concept of gender roles in modern society. How does Wells construct his criticism of gender and society through the depiction of these two species? How do you think his Victorian audience would have responded to this type of commentary?

11. 11. The Time Machine is a work laden with symbolism. The Palace of Green Porcelain stands out as having significant meaning in terms of both the plot and the social commentary it affords. What is the relevance of the palace in the year 802,701, what is it in the Time Traveller’s age, and how does the palace figure into the plot? While in the Palace of Green Porcelain, the Time Traveller chooses a few “weapons.” What are they and how does he use them? It is interesting that the matches he selects figure the most prominently into the story. Is the importance of fire in the far distant future ironic? Find, describe, and discuss other symbols that appear over the course of the novel.

12. 12. While the story takes place far in the future, the hero of the story, a civilized British scientist, experiences profoundly primitive emotions over the course of the story. At what points in the book is it evident that the Time Traveller is regressing to a primitive state? What does this character development say about “time travel,” in scientific, evolutionary, and emotional terms?

13. 13. What purpose does the Time Traveller’s foray to “the end of the world” serve in the story and in Wells’s social commentary? This episode appears desperate and hopeless. Do you think Wells was truly pessimistic about the future of mankind? How does Wells remind the reader that optimism is not only present in his story, but essential? How do Weena’s flowers figure into the optimism/pessimism discourse?

14. 14. The Time Machine is a major work of utopian/dystopian fiction. What is a utopia? A dystopia? Describe the physical landscape of the future as Wells envisions it. What elements of both utopia and dystopia are immediately noticeable? How is the social landscape simultaneously utopian and dystopian? How does this theme figure into the idea of appearance versus reality, a debate that also figures prominently in the novel?

15. 15. Wells certainly opens the doors for discussion with this novel, and it is clear that he felt extremely connected to the ideas conveyed in the book. To what extent do you think the character of the Time Traveller was a literary mask or mouthpiece of the author? Are there any aspects of the book that lead you to believe Wells was more or less hopeful about the future of mankind than his protagonist?