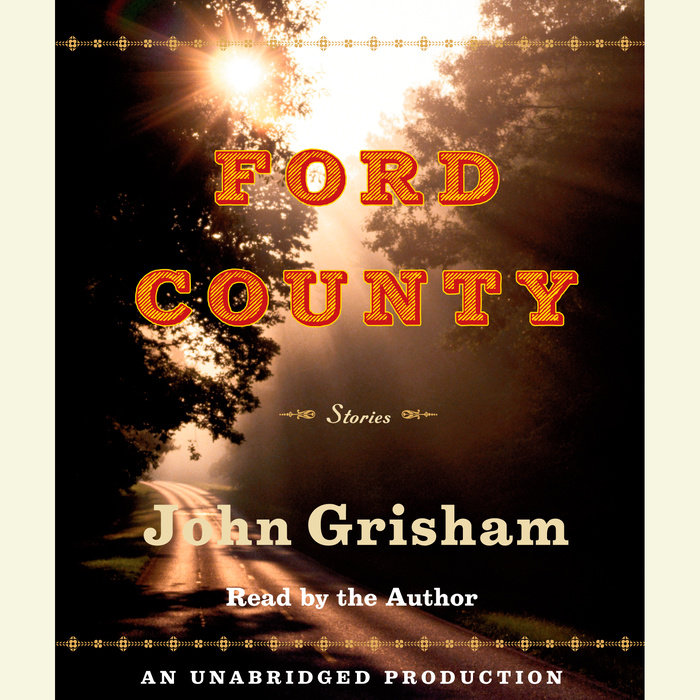 1. How do the small-town lawyers in Ford County compare to some of the high-powered attorneys featured in John Grisham’s other works? What struggles and temptations do they all have in common?

2. When Roger, Aggie, and Calvin decided to travel to Memphis to give blood in “Blood Drive,” what were they each hoping to gain? Was Calvin the only one who lost his innocence on the trip? What ultimately was your impression of Bailey—the character we only meet through hearsay?

3. In “Fetching Raymond,” Inez Graney and her sons Leon and Butch don’t see Raymond’s situation in quite the same way. What accounts for the difference between Raymond and his brothers? What determines whether someone will end up on the wrong side of the law?

4. John Grisham’s first work of nonfiction, The Innocent Man, recounted the story of Ron Williamson, who was sentenced to death for the 1982 murder of an Oklahoma waitress despite a spurious trial. In the fictional Raymond Graney’s case, we’re told on page 75 that he confessed to Butch, and that Butch and Leon knew their brother had ambushed Coy. Nonetheless, was it right for Raymond to receive the death penalty?

5. What drove Mack Stafford to go to such great lengths of dishonesty in his “Fish Files” escape? Was his life in Mississippi beyond salvage? Did he do any real harm in executing his brilliant plan?

6. What is Sidney Lewis’s best ammunition against Bobby Carl Leach? What really ruined Sidney and Stella’s marriage? Did money put it back together again at the end of “Casino,” or was something else at play?

7. In “Michael’s Room,” was Stanley in fact facing enormous lies of his past, or had he simply presented a different version of the truth in the courtroom? Why did Jim Cranwell lose his case? Could any amount of legislation have ensured a victory for him?

8. How did your perception of Gilbert Griffin change as you read “Quiet Haven”? What were your first impressions of him? Were you hoodwinked as well? Could someone like him dodge prosecution forever?

9. What does “home” mean to Emporia and Adrian in “Funny Boy”? What does their friendship prove about the people who make Clanton’s most powerful families feel threatened? What is Adrian’s greatest legacy to his newfound friend?

10. How do the residents of Ford County imagine city life—Memphis, San Francisco, New York? What determines whether they fear it or crave it?

12. Whose lives are changed for the better by the legal agreements and maneuvers described in Ford County? What is the most significant factor in whether the law is a force for good or evil in these stories?

13. Tort reform has received much publicity in recent years. Discuss the question of damages raised in stories such as “Fish Files,” “Michael’s Room,” and “Quiet Haven.” When should an injured person be entitled to financial compensation? What should drive the dollar amount of that compensation?

14. Adrian reads much fiction by William Faulkner, who also created a fictional southern locale (Yoknapatawpha County) as the setting for many of his works. How does Grisham’s take on small-town Mississippi compare to Faulkner’s? What aspects of Ford County have remained unchanged since Grisham created it for A Time to Kill?

15. What makes Grisham’s approach to storytelling so appropriate for short fiction? Linked by time and place, do the stories in Ford County form a novel, in a way?