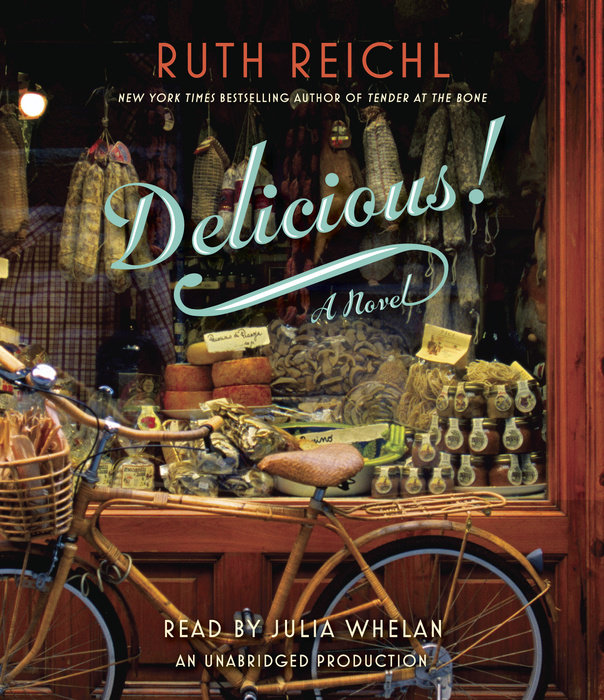 1. Billie eventually writes about Sal's as if it's "a way of life." Do you have a favorite establishment that you would describe similarly? What is it like, and how does it make you feel?

2. Mrs. Cloverly’s disastrous concoctions are even funnier because she’s unfazed by failure. She seems to keep trudging forward, turning ever-less-palatable dishes out of her kitchen. Have you encountered such a cook? What is the most astonishingly—and hilariously—unappetizing dish you’ve ever been served?

3. Diana and Sammy's friendships help the formerly-contained Billie become more confident. Has a friend ever given you the courage to be more fully yourself? What did you reveal?

4. Try to imagine a story that Sammy might have written for Delicious! Where in the world is he, and what is he writing about?

5. Lulu’s letters teach Billie about the relentless uncertainty endured by the people on the homefront during World War II. She learns that Lulu finds solace in cooking with Mrs. Cappuzzelli and for her mother. Can you remember a meal that helped get you through a particularly painful moment? Where were you? Who were you with? And what was the meal?

6. Rationing changed the way Americans ate. Lulu throws herself into this new food landscape, experimenting with unfamiliar vegetables like milkweed and pumpkin leaves. What would you make if you had no butter, meat, or dairy? What would you forage for?

7.  If you had a victory garden, what would you grow?

8. Do you have friends or family who remember what it was like to eat during World War II? What stories have they shared with you?

9. Lulu writes: “When Mother, Mr. Jones and I were walking through those strange, crowded downtown streets, where people were sticking their hands into pickle barrels, pointing to smoked fish, and eating sliced herring, I saw the scene in a whole new way.  They weren’t buying food: They were finding their way home.”  What foods feel like home to you?

10. As the book closes, what does Billie discover she owes Genie?