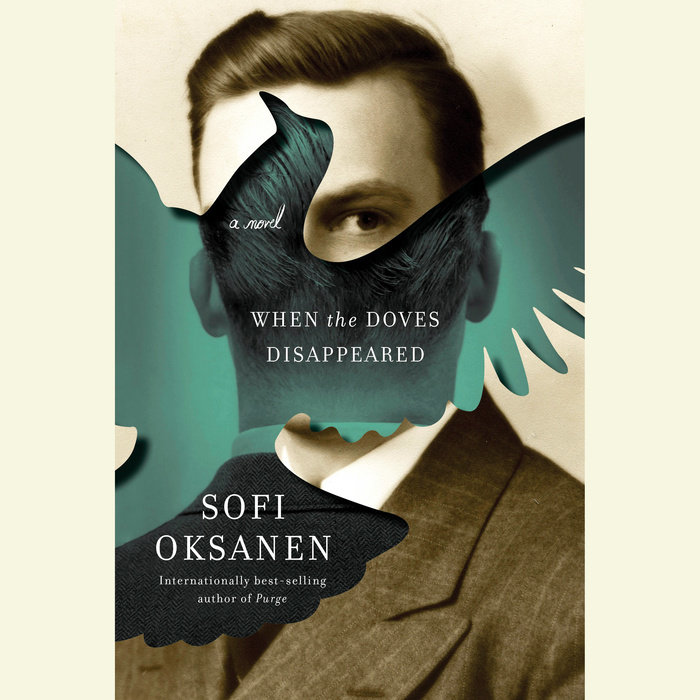 When the Doves Disappeared

1. Why might the title When the Doves Disappeared have been chosen for this novel? In addition to the phrase’s literal meaning, what major themes of the novel does it suggest?

2. Consider the structure of the novel. The story oscillates between the Estonia of the 1940s and the Estonia of the 1960s. Likewise, narrative voice and point of view also shift from chapter to chapter. What major themes of the book does this organization of the text help to highlight and support? Alternatively, how might your interpretation of the book have differed if the story had been laid out in a linear fashion or presented with only one narrative voice throughout?

3. Evaluate the genre. Should When the Doves Disappeared be considered a work of historical scholarship or is it more aptly categorized as historical fiction? What is the difference between the two genres? In your opinion, which genre is more effective in presenting historical issues to a general public?

4. Edgar’s allegiance shifts several times throughout the book. While his story is central to the novel, he is not the only character whose allegiance wavers. Roland observes: “When liberation finally arrives, everyone will suddenly be a patriot” (219). Where do you find examples of shifting allegiance in the text? To whom do the characters show allegiance, and what motivates them in this regard? Are you sympathetic to their choices? Why or why not? Does Oksanen ultimately suggest to whom one’s greatest allegiance should be given?

5. The novel features Juudit’s complicated relationships with several men. Although she is married to Edgar, she falls in love with the German Hellmuth. She also has a relationship with Roland. Are you sympathetic to her decisions when it comes to love and romance? Of Roland, she wonders, Didn’t he understand that not everyone could find love through honorable means? (153)? Do you agree with her? When considered collectively, what do her relationships with these men seem to suggest about love, desire, and human nature?

6. How does the character Hellmuth contribute to or otherwise defy stereotype? Can he be identified as a “good” or “bad” character by the story’s end? Why might Oksanen have portrayed him in this way?

7. Are there any examples of heroes or heroism in the novel? Would you say that any of the characters remain in good moral standing at the book’s conclusion? If so, how do they manage to accomplish this? What values do they seem to possess that the others do not? Does this allow us to come to some general consensus about what makes a person good or heroic?

8. By the story’s end, does Oksanen provide us with a clear sense of who is “right” and who is “wrong” in the story—or who is “good” and who is “bad”? What does the book seem to reveal about ethics and the matter of good and evil? Can we draw any conclusions at the book’s end about what it ultimately means to be “good” or “right,” or are “good” and “right” always negotiable and contingent?

9. The story presents characters faced with stark ethical dilemmas, but what does the book seem to suggest about the issue of complicity? Consider some examples of characters who become guilty through their complicity. Does Oksanen seem to generate sympathy for these characters or does she seem to want her readers to consider these instances more critically—even condemningly?

10. Consider representations of faith in the novel. Do the characters find any comfort in religious faith? Why or why not? In addition to examples of traditional religious faith, what role does superstition play in the story? How is the issue of faith complicated by historical circumstances and the political atmosphere?

11. There are many examples of lying and betrayal throughout the story. Why do the characters lie to or betray those around them? What impact do these lies and betrayals have on their lives? Do you believe that any of the lies or betrayals were justified? If so, why?

12. Many of the characters in Oksanen’s novel are writers. Roland writes in his journal. Edgar becomes consumed with the task of writing a historical textbook. Dog Ear writes poetry. What messages does the book contain about the written word? What messages does the novel impart about propaganda and the presentation of historical fact? What does it seem to suggest about the way we write and read—or should write and read—historical texts?

14. What does the book tell us about truth and authenticity? Does the story contain a reliable narrator? If so, how do we know this? What makes a narrator reliable? Conversely, what allows us to recognize an unreliable narrator?

15. As Edgar writes his textbook, he muses that emotion is "stronger than reason” (125). Does this seem to hold true when considering the various characters in the novel? Does his statement hold any truth beyond the bounds of the novel? Explain.

16. The unhappy marriage between Edgar and Juudit exposes cultural norms and reveals prevalent notions about what a healthy person is and is not. What does this relationship reveal about contemporary views of mental illness? Likewise, what does it reveal about cultural expectations regarding sexuality?

17. Are any examples of hope presented throughout the story? If so, what gives the characters hope? Does the conclusion of the book contain a hopeful message? What message or messages does the book ultimately contain about the endurance—or frailty—of the human spirit?