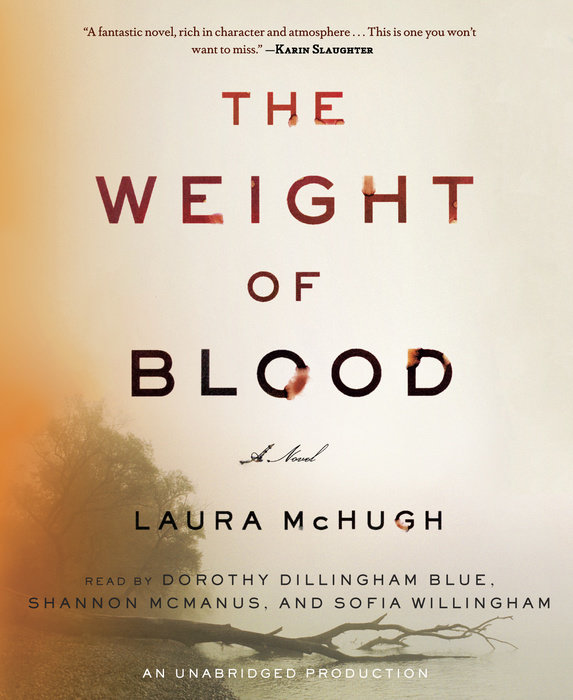 The Weight of Blood

1. The Weight of Blood alternates narrators, giving us many of the characters’ perspectives, but mostly going back and forth between Lila and Lucy. What did you think of this dual narrative? Did it confuse you? Could the story have been told in one voice?

2. How do you interpret the relationship between Crete and Carl? Carl consistently turns a blind eye toward Crete’s questionable behavior. Do you think this is a weakness of Carl’s character, or do you believe that Carl is rightly loyal to his brother? If you were Carl, how would you handle your relationship with Crete? Would you have covered up Cheri’s murder?

3. The Weight of Blood ends with Lucy and Daniel together on a blanket, lost in their own world. Lucy tells us, “I let myself get lost in the moment, looking neither forward nor back, seeking nothing absent but embracing what was right in front of me.” How does this ending resonate with the rest of the story and the struggles Lucy has had to face?

4. The novel is set deep in the Ozark Mountains of Missouri, in a sparse and wild, dreary and deserted landscape. Describing the valley where her family first settled, Lucy tells us, “What was left of the homestead now was a cluster of tin-roofed out-buildings in various states of decomposition, a collapsed barn, a root cellar with its crumbled steps leading into the earth, and the stone foundation and chimneys of the main house. Walnut trees had sprouted in the spaces between the buildings [and there was] a single-wide trailer that looked out of place among the ruins but every bit as forsaken.” Discuss the role the setting plays in the novel.

5. Discuss the book’s title, The Weight of Blood. Ultimately, what does the novel have to say about “blood,” and the meaning of family? Did your interpretation of the title evolve from the beginning to the end of the novel? If so, how?

6. Throughout the novel, Lucy carries around the necklace she finds, a broken blue butterfly on a chain, until she leaves it with the flowers in the cave. Discuss the significance of the necklace.

7. Throughout the novel, Lucy carries around the necklace she finds, a broken blue butterfly on a chain, until she leaves it with the flowers in the cave. Discuss the significance of the necklace.

8. Discuss the friendships between Lila and Gabby and Lucy and Bess. How were they similar across the generations, and how were they different?

9. The novel leaves the question of who is really Lucy’s father unanswered. Who do you think it is? Do you think it matters? Why or why not?

10. What did you think about Ransome’s role in Crete’s operation? She did whatever she could to help the girls, without actually trying to stop Crete. Do you think her actions were cowardly? Do you think she had a choice?