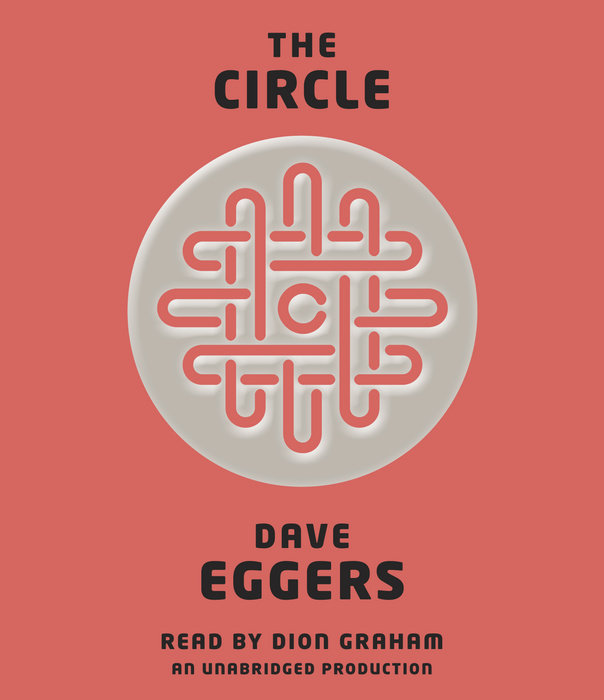 1. How does Mae’s behavior during her first days at work foreshadow what happens to her over the course of the novel? In what ways is she an “ideal” employee of the Circle and its aims?

2. The wings of the Circle are named after different regions of the world and time periods, such as Old West, the Renaissance, the Enlightenment, Machine Age, the Industrial Revolution. What do these names say about the company’s vision of historical innovation versus its future-looking work? Is there an inherent hierarchy in these names, despite their apparent equality?

3. In what ways does Annie inspire and motivate Mae in terms of the level of success that can be achieved at the Circle? Does Mae consider Annie’s position the product of Annie’s own ambition, or something she imbibed from the company’s ethos? How does knowing first about their professional relationship shape your understanding of their shared past?

4. For a company that thrives on order and efficiency, the Circle also seems to endorse—require, even—loose and extravagant socializing. What do these two seemingly opposite values say about what working for them entails? How does Mae’s value set evolve to accommodate these expectations?

5. Mae’s first serious blunder on the job is failing to respond to and attend a social event, Alistair’s Portugal brunch. How does the meeting in Dan’s office set the tone for Mae’s pushing the Circle’s networks on others?

6. Among the Three Wise Men­­­­­––Ty, Bailey, and Stenton––who has a vision of what the Circle can—and should—do that seems most viable? In the end, is this trifecta of power able to prevent tyranny? What might the novel’s conclusion say about man’s reaction to power—even when humanity is apparently subsumed under technology?

7. Our first encounter with a shark in the novel is when Mae sees one from a kayak, and she complacently observes, “They were hidden in the dark water, in their black parallel world, and knowing they were there, but not knowing where or really anything else, felt, at that moment, strangely right” (p.83). Later, we see another shark that Stenton brings back from the Marianas Trench, in a cage with other sea life being viewed by Mae’s watchers: “Then, like a machine going about its work, the shark circled and stabbed until he had devoured . . . everything, and deposited the remains quickly, carpeting the empty aquarium in a low film of white ash” (pp. 476–77). What is essentially different about these two scenarios that garners such different behavior from these wild creatures? Do the humans that watch the shark in the aquarium—“terrified . . . in awe and wanting more of the same”—seem to learn anything (p.477)?

8. During one of her visits home, Mae tells Mercer, “I guess I’m just so easily bored” by what he considers a normal tempo of speech, but what Mae considers “slow motion” compared with the Circlers’ communication in person and online (p.130); and later that night, going through her Circle account to answer queries and social requests, she feels “reborn” (p.135). How much of this shortened attention span is evident in our society today? In the end, are Mae’s instantaneous relationships more or less gratifying than she expects?

9. The bracelet provided by the health clinic is a remarkable technological feat and would revolutionize health care if it existed. Mae even finds it “beautiful, a pulsing marquee of lights and charts and numbers . . .  [her] pulse represented by a delicately rendered rose, opening and closing” (p.156). But what does this additional form of self-monitoring, along with her three work screens, contribute to Mae’s true knowledge of herself? For example, does watching their pulses rise in anticipation of sex bring Mae and Francis closer together emotionally, or push them further apart?

10. It is both a curse and a blessing that Mae is able to provide her parents with health care: while her father is able to receive the MS treatment he desperately needs, Mae seems to benefit even more from her ability to share his story online through support groups and ultimately drives those groups away. Did you ever feel that her actions became more selfish than selfless, and if so, when?

11. Even though Mae meets Kalden when she is relatively enmeshed in the constant connectivity of the Circle, she is still taken in by his holographic mystery: “his retreating form . . . [that] she couldn’t get a hold of . . . His face had an openness, an unmistakable lack of guile . . . [H]aving him out there, at least for a few days, unreachable but presumably somewhere on campus, provided a jolt of welcome frission to her hours” (pp.170–71). Why does she not feel the need to pursue him more aggressively through the knowledge databases she has available? How does this compare with the way she treats Mercer online––Mercer, about whom she presumably knows much more, given their past?

12. We see Mae involved with three very different men throughout the novel: Mercer, Francis, and Kalden. While they are on the surface wildly different, what might you say are traits they share that reveal what Mae is looking for in a relationship—and how do they satisfy these needs in their own ways? Does Mae ever seem truly happy?

13. After her conversation with Dan about skirting her social responsibilities, Mae stays up all night to boost her PartiRank and “felt a profound sense of accomplishment and possibility” (p.191). She is equally ambitious with her CE satisfaction scores, getting the highest average of any employee on the first day. Why, then, is she so offended when Francis asks for a score on his sexual performance? Where is the line between public and private, analog and digital, drawn for Circlers, and what does it mean that Mae eventually gives in to his request?

14. Does the Circle seem concerned with promoting and preserving traditional family life? In what ways does it threaten to replace biological families with a wider human family, including via transparency?

15. Kayaking is for Mae a twofold form of release: not only is it a way to expend physical energy and clear her mind, but when she steals the kayak and is caught on SeeChange cameras, it also leads to a liberation of sorts within the Circle. Does this connection, and Mae’s reaction to being caught, suggest that the Circle’s intentions are well meaning after all, or do they illustrate a more sinister shift in attitude enabled by the Circle?

16. Why do you think Ty felt the need to disguise himself in order to reach out to Mae as he did? How necessary was it for him to preserve his role as one of the Three Wise Men, even as he sought to dismantle the institution he helped create?

17. Is Annie in any sense a martyr of the Circle’s mission? Did you ever feel as if you understood the motives behind her intense devotion to her job?

18. What is the impact of having Mercer’s suicide seen by Mae through cameras—that is, indirectly? Do you think she genuinely believed she was trying to be his friend by launching the drones after him?

19. Many of the technologies the author invents in The Circle seem futuristic, but they are not so far from realities that exist now in 2013: myriad social media sites are obviously omnipresent, but the government is also developing facial recognition to screen for terrorists (The New York Times, August 20, 2013) and Google Glass seems not so unlike the camera necklace that allows for Mae’s transparency. After finishing the novel, did you find this overlap between fact and fiction unsettling? Did it affect how you personally engage with technology?