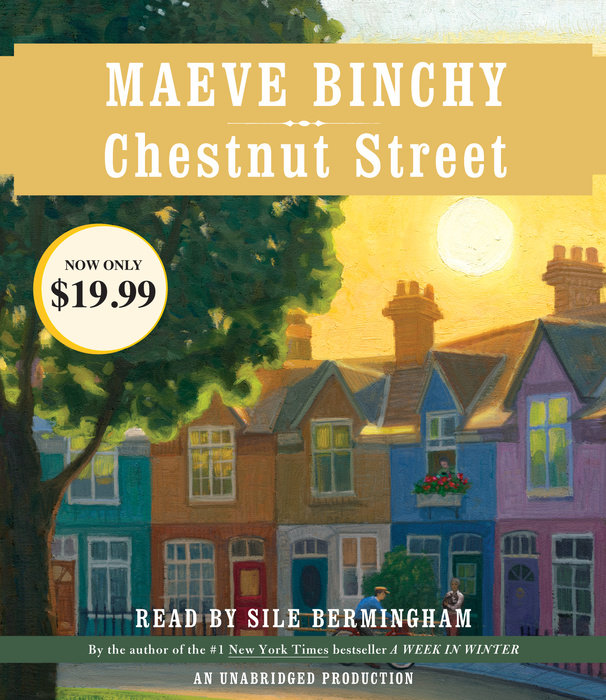 1. In “Dolly’s Mother,” what did Dolly really learn on her sixteenth birthday?

2. How was it a win-win situation for Fay and for Mr. J. K. O’Brien of Chestnut Street? How did each change the other? (“Fay’s New Uncle”)

3. In the story “All That Matters,” Aunt Elizabeth tells Nessa: “I’m going to tell you something very important so listen well. I know you are only fifteen but it’s never too early to know this: all that matters is the image you create of yourself.” (page 58) This sentiment seems to be shared by characters in other stories, too. Can you think of other characters in other stories that reinvent themselves? Do the self-created images make them any happier?

4. Though some stories feel contemporary, such as “Joyce and the Blind Date,” others seem fairly timeless, such as “Miss Ranger’s Reward.” Do you think they’re all set in the same era? If not, what is the time period and what are some of the indicators of time?

5. Do you think the cure for sleeplessness offered by Molly’s friend could really work? What was the point of the cure? Would you ever try it?

6. At the end of “The Gift of Dignity,” Binchy writes: “And she knew that what she had offered, dignity and respect, were not nearly as satisfying as a good cry and a lot of nose blowing and a resolution that things could be solved. That was friendship. And somehow in the middle of all this, friendship had got lost.” (page 173) What does she mean by “friendship had got lost”?

7. Was Nick a good or bad son? Did he finally make amends for stealing Shona’s savings? (“The Investment”)

8. Did Miss Mack have any influence on Lilian’s choice of husband? Did Miss Mack regret turning down the love of her life for what she thought was a fatal flaw? What chance of succeeding do you give Lilian’s marriage to Tim? (“Lilian’s Hair”)

9. Do you think Bucket Maguire was justified in helping his son run away? How would you react if you were a parent in a similar situation?

10. Characters’ assumptions—about situations, about other characters—are often subverted by the end of a story. For instance, in “The Sighting,” Sean and Brian assume their father is being unfaithful, but the truth is something they never would’ve expected. What do Sean and Brian learn that could be a lesson for us all?

11. In the story “Madame Magic,” what magic did Agnes really perform?

12. Many characters keep secrets, the way Nuala never reveals what she really thinks in “Say Nothing,” while others are more open, such as when the narrator of “Finn’s Future” breaks the ice with Molly by making a confession. Which do you think has the more positive outcome? Would you rather have Molly or Nuala as your friend?

13. The final story in the collection, “One Night a Year,” hinges on a chance encounter. Does it change each character in the same way? If not, how will the encounter change each one in various ways? In other ways, besides location, Chestnut Street neighbors have much in common and yet are unique. In what ways are the neighbors the same?

14. What do these stories tell us about generational differences in Ireland? Are those differences universal?

15. In many of the stories, a relative tries to influence one of her nieces or nephews still living at home. How does Nessa’s aunt Elizabeth try to change Nessa? Does it work for the better?

16. Many of Binchy’s stories have a message and a strong moral conclusion. Which characters can you think of that are rewarded for patience and generosity? In what story does someone get comeuppance after treating others poorly?