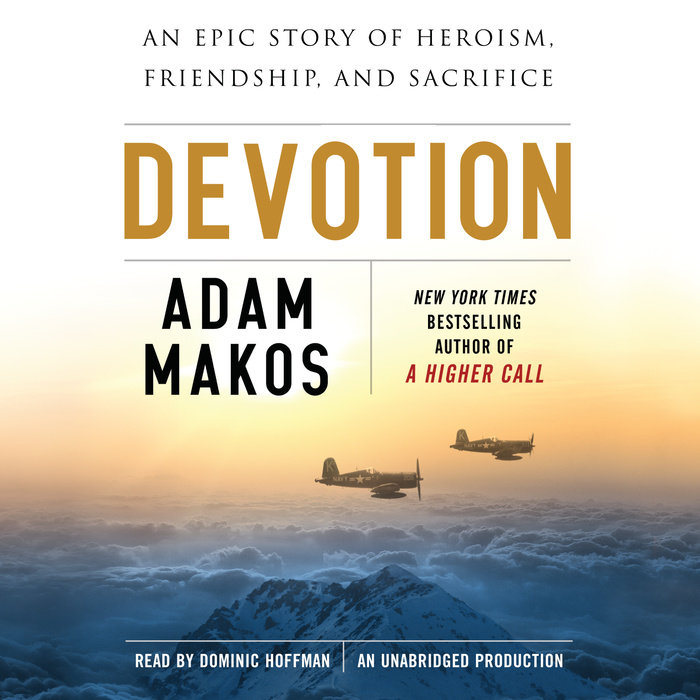 1. Discuss the evolution of the friendship between Tom Hudner and Jesse Brown. What surprised you? How did individual growth in each man change the shape of their relationship with one another?

2. Who would you cast to play each character in a film adaptation of Devotion? Why?

3. How do you think Tom and Jesse’s story would have been different if it took place in the present?

4. The role of faith is especially important in the lives of Jesse and Charlie. Even John "Red" Parkinson credits Charlie with leading him to his faith in God in chapter 35. What effect do faith and hope have during times of war? How do attitude and mindset contribute to one's ability to persevere in times of hardship?

5. Though Tom and Jesse are the most central figures in the book, Devotion features a wide cast of colorful characters who take us back in time and bring their stories to life. Which secondary character did you identify most with, and why?

6. Discuss the dynamic relationship between the Navy and the Marines throughout the book. How does it change from beginning to end? What stays the same?

7. In chapter 39, “Pilot Herb Sergeant flew the recon mission that confirmed Jesse’s death. He says it was ‘the saddest flight’ he ever made.” What insight does this give us into their squadron? How does this defy the time in which this story takes place?

8. Discuss the scene in which the men meet Elizabeth Taylor. How would things have been different if they were meeting a celebrity in the present?

9. How did technological advances for the military affect the story? In your opinion, what was the most exciting development? Which piece of our modern technology do you think would have had the biggest benefit back then?

10. Discuss the aftermath of coming home for Tom, being praised as a hero while mourning the loss of a dear friend. In what ways did he continue to honor Jesse’s legacy?