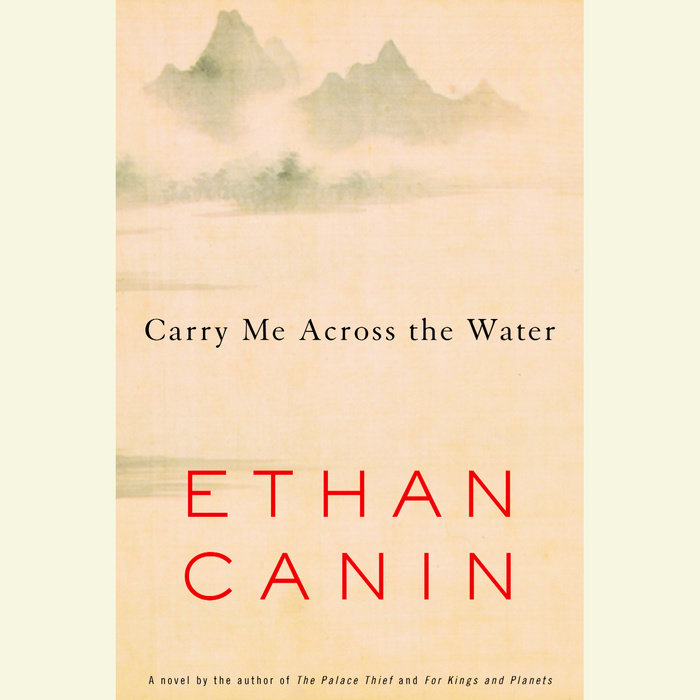 Carry Me Across the Water

1. In Carry Me Across the Water, Ethan Canin gives equal weight to extraordinary events and everyday occurrences in the life of August Kleinman. How does this technique help shape the way we view Kleinman’s character, and what is its impact on the overall scope of the novel? Did this way of looking at life present an alternate lens through which you might reflect upon your own?

2. Tracing the life of German-American business tycoon August Kleinman, Carry Me Across the Water may be described as “epic” on many levels. Canin even frames the story by claiming to follow his protagonist through “the flight, the battle, the riches, and the decline,” all terms that bring to mind the legends of the great men, cities, and nations that have made history. The book itself, however, is often referred to as a novella, by author and critics alike. In what ways does Canin evoke ideas and themes of an epic scale, and how are those notions reconciled with the length of the work and subject matter that can, at times, be considered quite ordinary?

3. The function of memory is more than theme in this novel; it can be considered a structural force. Canin formulates a picture of Kleinman’s life without a sense of linear chronology. While the core of the novel takes place during one week in which Kleinman visits his son Jimmy, we are transported through his youth, middle, and old ages through a series of scenes and nonlinear moments in Kleinman’s memory. How does this literary technique reflect the nature of memory itself?

4. Just as actual life experiences influenced Kleinman’s actions and helped define his character, the memories of those same experiences years later truly shape how Kleinman grows into the man we leave at the novel’s end. In many cases, Kleinman’s memories are the only descriptions of events to which we, as readers, have access. Focus on the specific ways in which memory is recalled or distorted, interpreted or misinterpreted. Are there points in the book where memory compels Kleinman to action or impedes him from recognizing a particular truth? Find examples in which an actual event, and then the memory of that event, affect Kleinman in very different ways.

5. It is interesting to note that in German the word klein means “little,” so that the name Kleinman might mean “Little Man”; yet his first name, August, with all the implications that this name holds, runs quite contrary to that definition. What does the protagonist’s name reveal about the nature of his character? Where else in the novel, and in what other ways, does Canin explore the dichotomous nature of August Kleinman?

6. A prominent theme that runs through Carry Me Across the Water is the reflected nature of the human experience, and Canin conveys this by weaving events throughout the novel that gently echo one another. For example, as a young man looking at his newborn, jaundiced stepbrother, Kleinman felt that he was, himself, “in part the father, the protector of the family.” Then, while reading to his wife near the end of her life, he recalls always having felt like a father toward her, his role to guard and protect. Find other examples of these sorts of repetitions. What might Canin’s purpose be in using this literary device, or what is he saying about the way a life is shaped and lived? How does Kleinman view himself in the context of “the big picture”?

7. Canin has said that a title should “add to the mystery, deepen it.” In the most literal sense, the title can refer to Kleinman’s journey across the Pacific. In what other ways can we interpret the title?

8. The character of the Japanese soldier whom Kleinman encounters in the cave near Okinawa is noteworthy on several levels. Though Kleinman rationalizes his actions as a consequence of war, he is nonetheless plagued by guilt about this particular act of violence. What is it about the character of the Japanese soldier that is so haunting to Kleinman years later? Can we view the soldier as a sort of mirror image of Kleinman in a parallel world, and if so, how?

9. Violence figures prominently in this novel. Canin described this prominence as an “organizing principle” for a book that became “a meditation on the handful of incidents of violence in a man’s life.” From an event as fleeting as a football tackle to the frightful confrontation with Meyer Sharp, August Kleinman both experiences violence and acts violently. How do these events shape his character as we meet him in the beginning of the novel, and how do they, ultimately, transform him into the man we leave at the end? What does the novel tell us about the nature of aggression and violence?

10. The recurrence of father-son relationships seems to provide a thematic infrastructure for the novel. Besides Kleinman and Jimmy, who form the literary centerpiece, identify other pairs in the book and consider how these duos reflect or highlight aspects that are either present or lacking in Kleinman’s relationship with Jimmy. How do Kleinman’s experiences as a son, stepson, father, and finally grandfather shape his development as a character and reinforce his status as a sort of “everyman” figure?

11. In addition to being a complex character study, Carry Me Across the Water also ruminates on important issues in everyday life such as work, wealth, and identity. In today’s work-obsessed culture, how can we view Kleinman’s rise to riches, his decline into obscurity, and his ultimate recognition of selfhood and fulfillment? What notions can you draw from this fictional life and incorporate into your own?

12. Canin’s narrative explores the world of art in very interesting ways. The Japanese soldier is a painter, and hopes his son will capture the world around him in drawings. Identify other parts of the book in which the arts figure prominently. What might Canin’s purpose be in incorporating this thematic digression, especially when juxtaposed against the motifs of violence and work? The novel itself can, structurally, be linked to the visual arts. Each moment is drawn, out of chronological order, with the detail of a photograph. Every memory becomes a snapshot of its reality. How does Canin explore ideas about art?

13. The impulse toward religion and a religious life has mystified Kleinman during his youth and most of his adulthood. He has only a marginal idea of what his stepfather gains from his observant religious practice, and with no remorse he marries outside his faith. Does the fact that Ginger, at the moment of her death, claims that Kleinman has converted affect how he sees his Judaism afterward? What do you think of Kleinman’s skepticism and of how it evolves over the stages of his life?