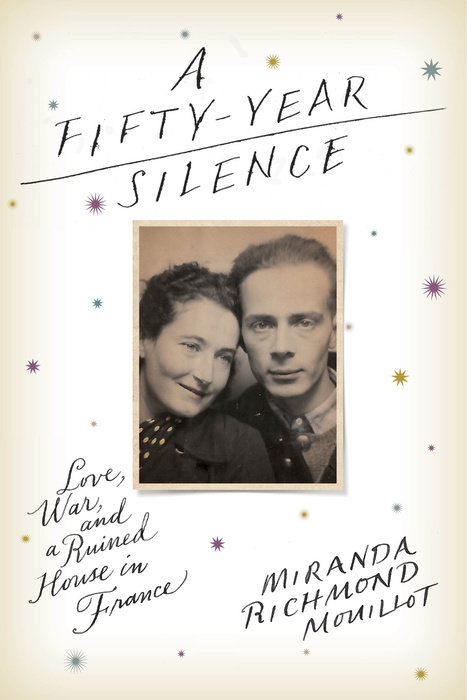 1. Which of Miranda’s grandparents did you identify with more—Armand or Anna?

2. Do you think that Armand suffered from PTSD due to his experiences during the war and Nuremberg Trials? Was he bound to the past? If so, why do you think he couldn't let it go?

3. Do you think Anna and Armand truly loved each other? Or were they mismatched?

4. Did Anna make the right decision in leaving Armand?

5. In Chapter 10, Miranda’s landlord says of Armand and Anna, “what’s extraordinary about them is that they’re more emotionally involved with each other than most married couples who have been living together for that long.” Do you agree with his statement?

6. What did you think of the book’s ending? Did you expect Anna and Armand to resolve their differences? Were you disappointed that they didn’t?

7. Do you think Miranda’s childhood fears (leaving shoes by the door, nightmares, etc.) came from direct signals she picked up on from her grandparents, or from something more mysterious? Do you think it’s possible to “inherit” reactions to trauma?

8. Miranda’s grandparents’ history was a major part of both her childhood and adult life. Why do you think it was so important to her to remember their negative experiences? Would it have been in some ways better for her to forget them?

9. Four-leaf clovers, fortunetelling, the “crowd” in Chapter 11 (p. 125)… is there an undercurrent of mysticism in the book?

10. Miranda’s love story began in the very place where her grandparents' fell apart. Do you think this was fate? Do you think it helped her to accept their past and move forward with her own life?

11. Fairytales are a recurring theme in the book. In what ways does the story resemble a fairytale? What can it teach us about our own lives?

12. Should Miranda have pushed her grandparents harder to learn more about their story? How do you strike a balance between learning your family history and respecting your loved ones’ desire to leave it behind?

13. Were Anna and Armand overreacting, or was their behavior simply commensurate with the enormity of what they had lived through?

14. Do you think Miranda’s affinity for translating and interpreting is related to her grandfather having pursued that same profession? Do you consider reconstructing Anna and Armand’s story and putting it down on paper an act of translation?

15. Has reading this book changed your understanding of the Holocaust or shed new light on how we tell and transmit family history?