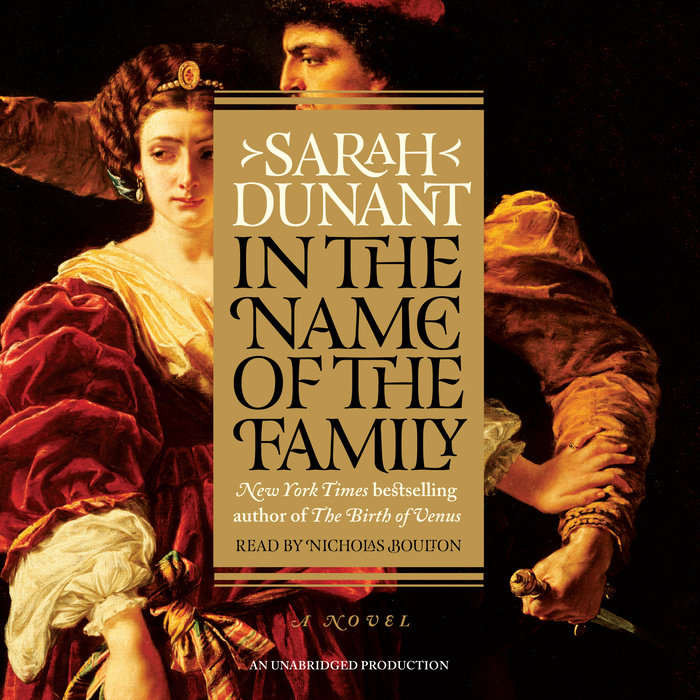 In the Name of the Family

1. The Borgias have had a rough ride in history and popular culture—though even when one tells the truth about them, they are hardly angels. How did knowing and understanding more of the society they came from affect your views about them? When it comes to the men, is it possible to can you admire someone you don’t like? Or like someone you can’t admire?

2. There would have been no Borgia history to write if it hadn’t been for Rodrigo himself. This extraordinary political player (the author Sarah Dunant herself has said he has “the mind of Putin and the body of Pavarotti”) is seen here moving into old age, which can bring with it a certain vulnerability and nostalgia. How did that affect your impression and feelings about Rodrigo?

3. The Oedipal relationship between father and son can be powerful in all families—but here it is also shown to affect history. As the tension grows between Cesare and Rodrigo, do you side with either or both? How is their conflict mirrored by that Alfonso and his father Ercole d’Este?

4. Being a woman in renaissance Italy was not easy. Equally, it is not always easy for modern women to understand renaissance women, their limitations and their power, to see the world through their eyes. How does this book help you to do that, be it Lucrezia, Guilia Farnese or Isabella d’Este?

5. In particular what do you make of Lucrezia’s journey, how she copes with her setbacks, plays the cards she has been dealt, such as:

· Her marriage to Alfonso?
· The leaving of her son?
· The relationship with her father-in-law?
· Her “affair” with Pietro Bembo? (Some claim their relationship was consummated. Having studied the available evidence—and his history and personality—the author decided it was not. What do you think?)

6. When it comes to Cesare Borgia, all evidence points to a man who was bi-polar, added to which we know he suffered from syphilis (in those days, called the pox). Do you think his character was driven by illness? Or does it simply complement an already powerful personality? Do you share Machiavelli’s fascination with him?

7. Machiavelli himself has not had a much easier time in history than the Borgias. His analysis of power is often described as immoral and—well, Machiavellian. Having spent time in his company and the world that produced him, what did you make of him?

8. Machiavelli’s wife is almost unknown to history. There is just one letter remaining from her, quoted in the epilogue and mentioned in a few other chapters, which  results in her character being the most “invented” in the book. What was your impression of her character? Does the author succeed in bringing this relatively unknown historical figure to life?

9. The Italian renaissance produced some of the greatest works of art the world has ever seen, many of them paid for by the institution of the church—which was, at the time, appallingly corrupt. How do you feel about the Sistine chapel or the new St. Peter’s Basilica being paid for by selling pardons or indulgences? What is the true price of priceless art?

10. Everything you have read in this novel is based on historical truth—though there are imagined conversations and inner feelings, all the events, even down to the reports of Machiavelli and many of the quoted letters, are historically accurate. As a reader of historical fiction, how much does it matter to you that what you read is accurate? Do writers have a duty to the past to make it “truthful” as well as entertaining?

11. Novels set in history are always at some level speaking to us about the present as well as the past. Did reading In the Name of the Family bring to mind any parallels about/to the world around you now?