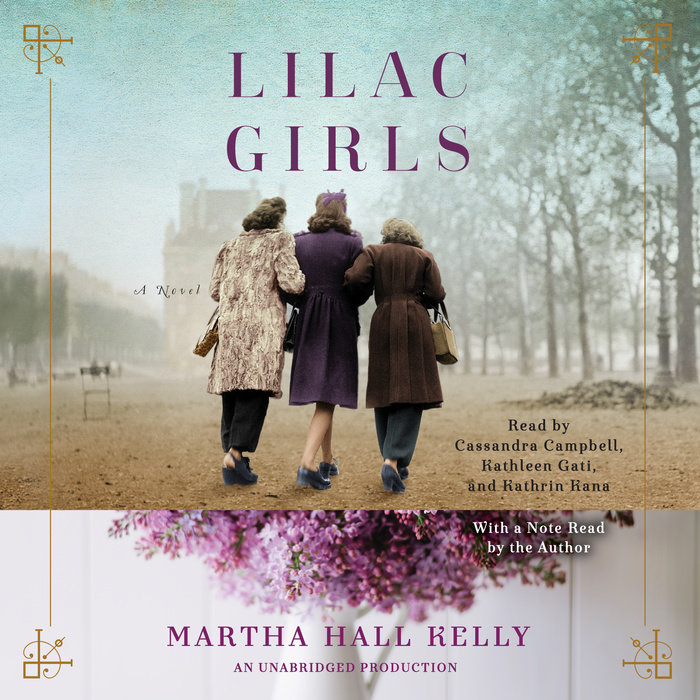 1. In what ways do you think the alternating points of view helped to enrich the narrative? Was there ever a time you when you wished there was only one narrator? Why or why not?

2. The primary settings of this novel are starkly different – Caroline’s glamorous New York world of benefits and cultural events, and the bleak reality of life in a concentration camp. In what ways did the contrast between these two settings affect your reading experience?

3. Caroline’s relationship with Paul is complicated, taboo even, was there ever a time when you didn’t agree with a choice Caroline made with regards to Paul? When and why?

4. As Caroline became more and more invested in her work with the French Families Fund, and eventually with the “rabbits”, did you feel that she changed in any way? How were those changes apparent through her interactions with others?

5. Throughout their time in Ravensbruck, Kasia and the other prisoners found subtle, and not so subtle, ways to demonstrate their resistance. Discuss the variety of actions they took. Which of them did you find to be most powerful? Most moving? Most effective?

6. When Kasia learned that they were hunting “rabbits” on page 278 she thought “Just don’t feel anything. If you are to live, you cannot feel.” Do you agree with this statement? What do you think it says about the nature of survival? Is it relevant to any other characters in the book, not just the prisoners?

7. Did you find Herta to be a sympathetic character? Why or why not?

8. When Vilmer Hartman came to visit Ravensbruck he showed concern for Herta’s mental state. What do you think this revealed about her character? Had you previously thought about any of the points he made?

9. Though the Nazis made sure the German people only got their news from one media point of view, Herta's father continues to read as many newspapers as he can. Does this relate to media today?

10. Did you feel that Halina's ring was an important symbol in the book? How did Herta feel about the ring? Why did she keep it?

11. Throughout the novel, in and out of Ravensbruck, the characters experience harrowing, difficult situations. Was there one that you found more memorable than the others? Why do you think the author chose to include it?

12. If you had to come up with a single message or lesson to represent each of the main characters’ experiences – Caroline, Kasia, Herta – what would it be and why?

13. Many of the themes explored in Lilac Girls – human rights, political resistance, survival – are a direct result of the historical WWII setting. How are those themes relevant to current events today?

14. Lilac Girls also touches on a number of interpersonal themes including female friendship, mother-daughter relationships, love, infidelity, mental health, and more. How do these themes impact the characters’ lives?

15. What do you think the author hoped her readers would take away from this reading experience?