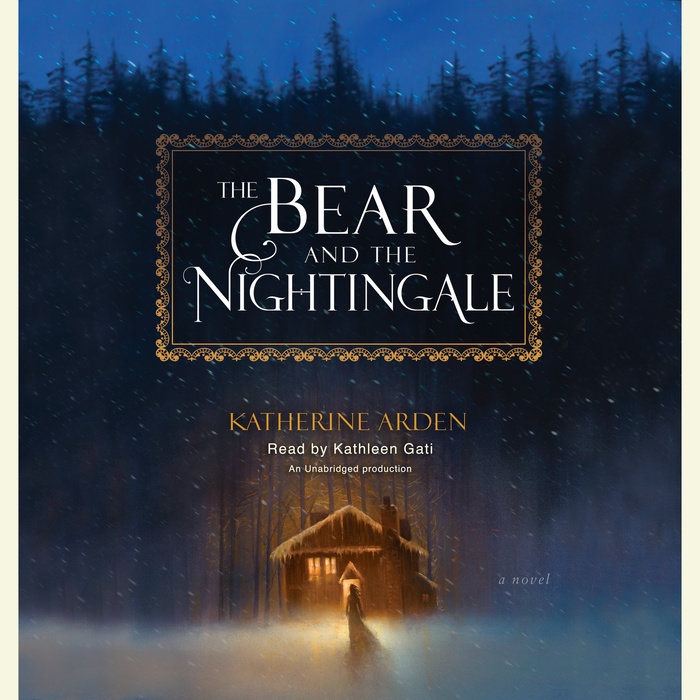 The Bear and the Nightingale

1. Throughout the novel, Vasya meets many strange creatures from Dunya’s fairy tales—­from the domovoi to the rusalka to upyry. Which of the demons that Vasya encounters is your favorite? Which ones would you never want to meet?

2. Compare some of the fairy tales and creatures referenced here to your favorite Western fairy tales. What are some commonalties? How are they different?

5. Do you trust the winter-­king? What do you think he is still hiding from Vasya?

6. The various demons and spirits begin to prophesize Vasya’s fate to her in mysterious riddles, and we learn bit by bit that the winter-­king also seems to possess knowledge of what’s to come and the role Vasya is destined to play. What role do you think fate plays in the novel? How much of what happens is the result of choices made by the characters versus an inevitable destiny?

7. Who do you think is to blame for the suffering Vasya’s village of Lesnaya Zemlya faces: Konstantin? The villagers for neglecting their offerings to the demons? Anna for rejecting her second sight and punishing Vasya for hers? Metropolitan Aleksei for sending Anna and Konstantin to the village? Pyotr for allowing such misery to befall his village? Is the blame shared? Was the fate of the village inevitable?

8. To what degree is the character of Konstantin sympathetic? Does his passionate faith excuse his actions? Is he an unwitting dupe or a willing player in his own fall? Do his charisma and artistic talent conflict with or complement his vocation as a priest? Why?

10. Vasya is faced with the choice of marriage, a convent, or a life in which she’s considered an outsider by her village and her family. What would you have done in her place?

11. Why do you think the villagers are so threatened by Vasya? What does she represent to them?

13. Over the course of the book, we see multiple instances of characters correlating someone’s goodness with physical appearance. For instance, Vasya’s almost-­husband, Kyril, is called handsome and is ­consequently revered despite his cruel personality. Vasya, meanwhile, is repeatedly called a “frog” and is quickly labeled a witch. What are some instances in your life where you have seen others being mis­labeled based on their appearance? Are there times when you have felt like you have been mislabeled?

14. The Bear and the Nightingale is bracketed by sacrifice—­first Vasya’s mother, then at the end her father. How is sacrifice an important theme in the book? How many characters are called upon to give up something important, even vital? Not just Vasya herself, but Anna and Konstantin, for example. How do the sacrifices of others shape the narrative?