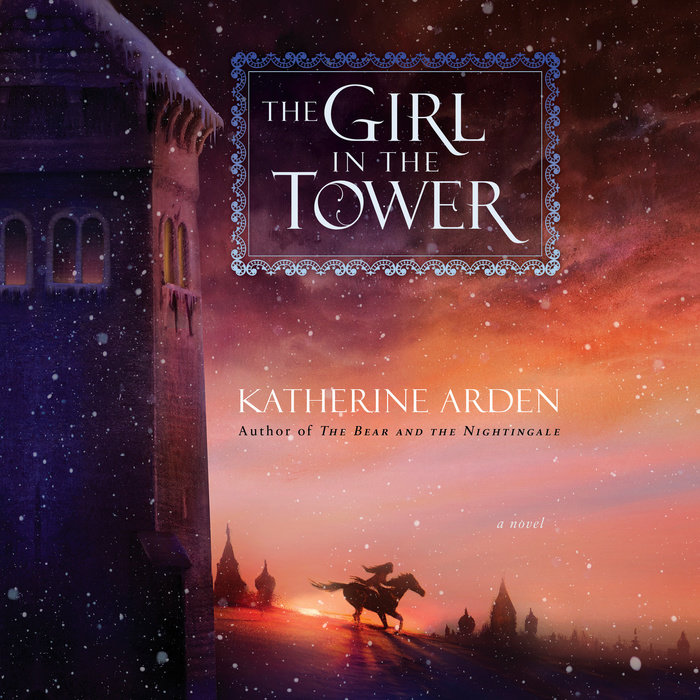 The Girl in the Tower

1. Since The Bear and the Nightingale, we have seen Vasya and her siblings grow up and take on new roles as adults in The Girl in the Tower. Many parallels are drawn in this book between Vasya, Sasha, and Olga in their childhood and as they are now. How have they changed? Do you think they have grown closer, or further apart?

2. Again and again, the concept of freedom versus confinement pervades the story: Vasya must choose between freedom alone, life in a convent, or a future tied to marriage; Sasha reflects on his inability to find peace as a secluded monk and his need for adventure; and Olga comments repeatedly on the strict obligations of noblewomen confined to their towers. Discuss this dynamic. What does freedom mean to each of these characters? How much of their freedom should each be expected to sacrifice to their responsibilities?

3. Vasya assumes the role of Sasha’s brother, Vasilii, when she becomes entangled with the Moscow noblemen. Is pretending to be a man a smart move on Vasya’s part? How would the events that unfold have been different if, upon her first encounter with Sasha and the Grand Prince at the walled monastery, she was truthful about her identity?

4. The theme of coming-­of-­age is prevalent throughout the book, as Vasya reflects on her decision to pursue an adulthood of her own making in contrast to Masha’s very confined choices as a princess. Why do you think it is that with coming-­of-­age there seems to be a narrowing of choices?

5. Vasya, as she strives to find her place in the world, has to make many difficult decisions, many of which force her to choose between protecting her family and standing up for herself. What obligations does Vasya have to Sasha and Olga? What obligations do they owe to Vasya? How do these family responsibilities interfere with one another, and how do the desires of each sibling interfere with their duties as family?

6. Have you ever felt conflicted about being tied to responsibilities that don’t align with what you want to pursue?

7. Just as Vasya’s revered reputation as Vasilii the Brave has been solidified, all comes crashing down when Kasyan reveals her secret to all of Moscow. Did Vasya make a mistake remaining in Moscow for so long and putting herself and her family at greater risk of her true identity being revealed? Do you think her choice to remain in Moscow for as long as she did was selfish or selfless?

8. Vasya interferes when Morozko arrives to take Olga away, and as a result, he leaves with the life of the newborn child instead. What do you think of Vasya’s decision to intervene?

9. Was Morozko in the right to use Vasya to sustain himself? Do you think his intentions toward Vasya are good, or does he just take advantage of her? Is Vasya right to turn away from him when she learns the truth and rejects his jewel?

10. What do you think will become of Vasya’s tangled relationship with Morozko now that the talisman has been broken?

11. What secrets do you think Morozko still holds?

12. Did you ever begin to distrust Kasyan? At what point did your doubts about him begin? Are there clues that made you suspect that he is not what he appears?

14. Were you surprised to learn that the ghost of the tower is Vasya’s grandmother, Tamara?

15. By the end of the book, Vasya reveals the truth about herself and her exploits to her siblings. Now that Olga and Sasha know the truth about Vasya’s powers, how do you think this will affect their relationship?