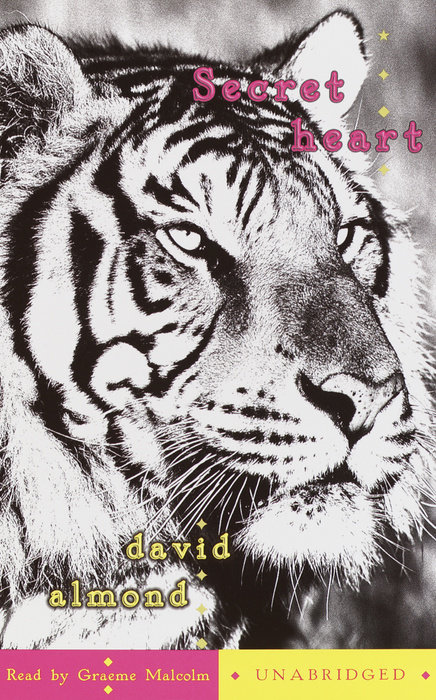 1. David Almond describes Joe’s dreams in great detail. “Joe] lived in a dream, his mother said, and she was right. It was so hard to separate what existed in his head from what existed in the world” (p.23). Joe imagines a tiger coming to call for him; he imagines walking in the Silver Forest with a girl he does not know; he imagines becoming animals: larks, bats, weasels, snakes; and he imagines Joff and Stanny in the woods. Read some of these descriptions aloud to get a sense of how very real they are for Joe–and for you, the reader. Discuss the dreams. Which of them are more like prophecies? Why?

·In Secret Heart, words often carry angry and hurtful messages. Talk about the times in the novel when people used words as weapons.

·Joe has a stutter–a stammer–that stops him from using words comfortably. Yet he manages to communicate well with those who care about him. How is he able to? How important do you think words are to communication?

3. Joe has never known his father, but he meets several men who could serve as role models. They include Joff, Bleak Winters, and Hackenschmidt. What examples–positive and negative–do they set for Joe about being a man?

4. Individuals sometimes choose to be outsiders. “It had gone on so long. Psychiatrists had pried into his brain. Social workers had pried into his home. Teachers had been gentle with him, stern with him, furious with him.…Nothing had tamed him. The choice was easy. The eerie wasteland or the gates and walls of school? …He chose the wilderness, the larks, the rats and rabbits and stoats. And he accepted the loneliness that went with this choice” (p. 52). Who do you know like Joe? Are you like Joe–even a little bit?

6. Compare and contrast the places in the novel: Helmuth, the wasteland, the Silver Forest, the Black Bone Crags, and the caravans and tent of the circus. Talk about how they look and the colors, smells, and sounds the author uses to describe them. How does Joe feel about all these places? Where does he feel most at home?

7. Corinna acts as Joe‘s guide to the world of the circus, and she teaches Joe to fly. She is calm and collected, and she understands many things that make her wise for her age. But when she and Joe find the Panther killed, she wants revenge. Does her anger surprise you? Does she do anything that seem out of character?

8. When Joe puts on the skin of the tiger and prepares for his journey to bring the tiger back to the forest, Hackenschmidt advises him: “Just breathe. Just be yourself, Joe Maloney” (p.149). At this point, Joe is beginning to understand who he is. We have come to know Joe through the perceptions, descriptions, and actions of the other characters in the novel. Each person in your group should take the part of one of these characters and tell what he or she thinks about Joe. Be sure to include: Mum, Stanny, Joff, Corinna, Nanty, Hackenschmidt, Bleak Winters and his class, and Cody’s Crew.

9. What does Joe think of himself? What evidence of these feelings can you find in the book? How does that self-evaluation change over the course of Secret Heart? How do you feel about Joe? What about him makes him likable?