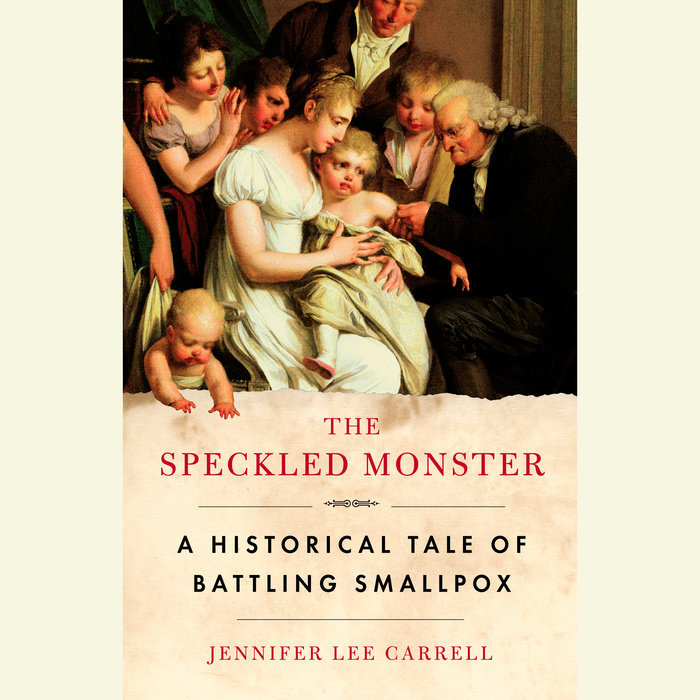 The Speckled Monster tells the dramatic story—both historical and timely—of two parents who dared to fight back against the disease. After barely surviving the agony of smallpox themselves, they both flouted eighteenth-century European medical tradition by borrowing folk knowledge from African slaves and Eastern women in frantic bids to protect their children. From their heroic struggles stems the modern science of immunology as well as the vaccinations that remain our only hope should the disease ever be unleashed again.

Jennifer Lee Carrell transports readers back to the early eighteenth century to tell the tales of Lady Mary Wortley Montagu and Dr. Zabdiel Boylston: two iconoclastic figures who helped save the cities of London and Boston from the deadliest disease mankind has known.

PRAISE FOR THE SPECKLED MONSTER

"Writing in a compelling, almost novelistic voice, Carrell details two 18th-century figures who struggled valiantly against smallpox. The disease becomes a character in the book, claiming the poor, the rich and the royal without distinction." —USA Today

Jennifer Lee Carrell holds a Ph.D. in English and American literature from Harvard University and is the author of The Speckled Monster: A Historical Tale of Battling Smallpox. In addition to writing for Smithsonianmagazine, Carrell has taught in the history and literature program at Harvard and has directed Shakespeare for Harvard’s Hyperion Theatre Company. She lives in Tucson, Arizona.