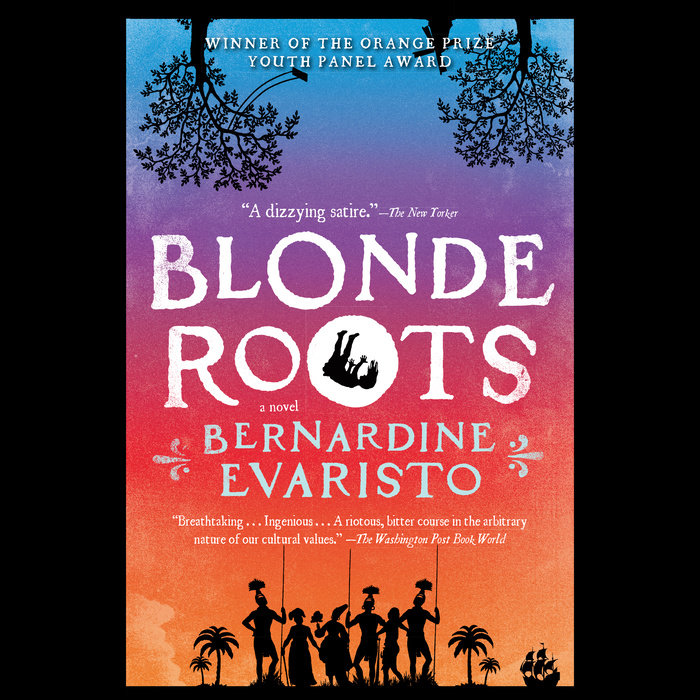 Award-winning writer Bernardine Evaristo’s novel Blonde Roots asks: What if the history of the transatlantic slave trade had been reversed and Africans had enslaved Europeans? How would that have changed the ways that people justified their inhuman behavior? And how would it inform our cultural attitudes and the insidious racism that still lingers—and sometimes festers—today?

We see this tragicomic world turned upside down through the eyes of Doris, an Englishwoman who is kidnapped one day while playing hide-and-seek with her sisters in the fields near their home. She is subsequently enslaved and taken to the New World, as well as to the imperial center of Great Ambossa. She movingly recounts experiences of tremendous hardship and dreams of the people she’s left behind, all while journeying toward an escape into freedom.

Bernardine Evaristo is one of eight siblings born in London to an English mother and a Nigerian father. An award-winning writer, she is the author of three critically acclaimed novels-in-verse, has coedited Granta’s New Writing 15, and has written for a wide variety of media, including The Guardian, The Times (London),BOMB magazine, and the BBC. The recipient of several awards, most recently a NESTA Fellowship Award, Evaristo is a fellow of Britain’s Royal Society of Literature and of the Royal Society of Arts. She lives in London.