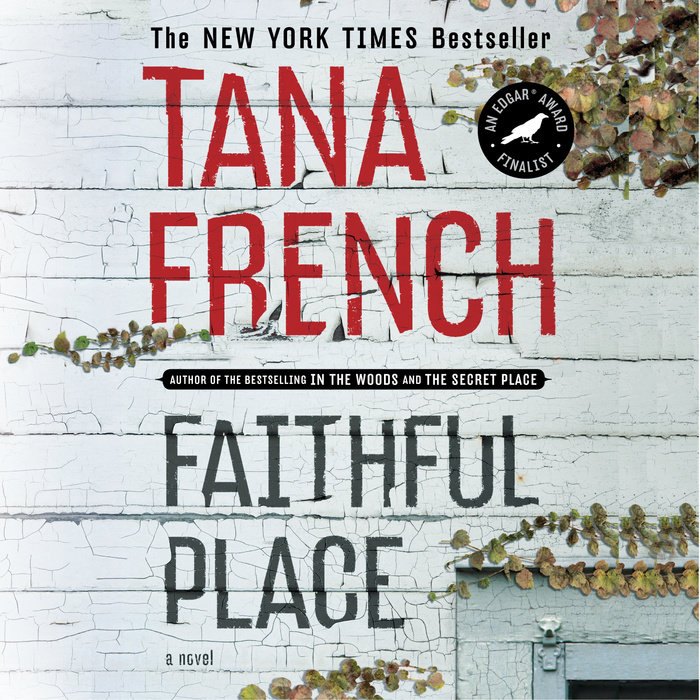 1. How does religion appear to have influenced the families who live in Faithful Place? Why do you think Frank Mackey has rejected religion?

2. Why do you think that teenagers like Frank and Rosie—the ones who try to get away—appear to be the exception rather than the rule in the Mackeys’ neighborhood?

3. Are Olivia and Jackie right or wrong to have taken Holly to visit Frank’s family without his knowledge or consent? Why?

4. What meanings, ironic or otherwise, can be derived from the title Faithful Place? How do those meanings resonate through the novel?

5. Frank tells us early in the novel that he would die for his kid (p. 3). Yet there are lesser things he chooses not to do, such as being civil to her mother and shielding her from having to testify in a murder trial. How well does Frank understand his feelings toward Holly? What are his blind spots where their relationship is concerned?

6. Why does Frank become so upset over Holly’s infatuation with pseudo-celebrity Celia Bailey (pp. 151–154)? Is his reaction pure, over-the-top exaggeration, or does he have a point?

7. Tana French makes extensive use of flashbacks to develop Rosie as a character and to flesh out Frank’s motivations. How would the novel be different if it were narrated in a strictly chronological fashion?

8. Shay insists that he and Frank are morally no different, and Frank is outraged by the suggestion. Is Shay right?

9. Frank would appear to have every right to blame his family for much of the chaos in his life. To what extent, however, do you think his finger pointing is an evasion of responsibilities that he would be wiser to accept?

10. What feelings do the characters in the novel have regarding the decade of the eighties? How does growing up in the eighties seem to have affected Frank, his siblings, and his friends?

11. Does the Irish setting of Faithful Place contribute significantly to the telling of the story, or do you find that French’s novel to be about humanity on a more universal level?

12. How does Frank’s emotional involvement in the cases of Rosie’s and Kevin’s deaths affect his ability to function as a detective? Is it always a hindrance to him, or are there ways in which it improves and deepens his insights?

13. Imagine that you are trying to persuade Holly to testify against Shay. What arguments or other tactics would you use? Do you think they would succeed?

14. Does Frank Mackey change over the course of the novel? What, if anything, does he learn?

15. Near the end of Faithful Place, Frank and Olivia seem to have begun to move tentatively toward a reconciliation. What do you think is the likelihood of their succeeding, and why?