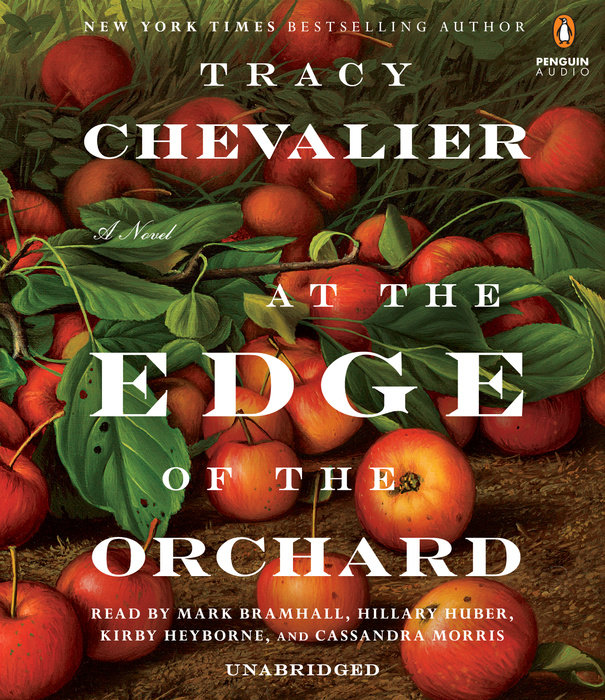 At the Edge of the Orchard

1. For James, apples are an obsession, a reminder of his family’s home in Connecticut, and for Sadie, they’re both a source of jealousy and of respite from the brutalities of pioneer living. How does that conflict with today, when apples are a homey symbol of America, with “heirloom” varieties nodding to a nostalgia for an earlier time? Discuss James and Sadie’s love for apples as escape, as pleasure, as sweetness—but not really as sustenance—and the ways they tied the Goodenoughs to the land.

2. Sadie’s mistakes and aggressions are the ones that propel the plot in the first half of the book. What did you think about her character?  Discuss the ways the author makes Sadie’s behavior more understandable or sympathetic. In what ways is James responsible for the family’s strife? What would this novel be like without Sadie?

4. The Goodenoughs end up in Ohio because they get stuck there and their wagon can go no further. There they face malaria, mud, starvation, bitter familial fighting—this could be seen as a darker Little House on the Prairie (or perhaps simply more realistic—Laura Ingalls Wilder’s diaries were far more gritty than the life her novels portrayed). How do you think these realities shaped our history? How does it differ from our typical narrative of life on the early American frontier?

5. Robert’s and Martha’s letters serve as pivot points for the book. Why do you think the author chose to tell big portions of the story in this way? What effect does it have on the emotional impact of Robert’s decision to leave his family? Of Martha’s life after he does?

6. After Robert does not hear from his family for 17 years, he finally gives up trying to communicate with them. Everything about this communication is foreign to us in an age where technology minimizes great distances. Discuss the real costs of leaving your family in the era this book is set. Would you be able to make this kind of choice?

7. Did Robert make the right choice in leaving the family? What might have become of the Goodenoughs if he had not left? How might Martha’s life be different? What do you think would have happened to him?

8. Our mythology of the American west involves expansion to wide open landscapes on the backs of people—usually young men—seeking riches or adventure. But Robert’s story is about running from something. What other things might people have been running from by moving westward? How has it shaped our national character?

9. Think about all the different migrations in this book: settlers moving west, stopping somewhere to make a home or continuing on to the coast; Johnny Appleseed and William Lobb’s travels; all the different paths taken by the various members of the Goodenough family. We don’t think of trees being as mobile as people, but Johnny Appleseed points out to Sadie at one point how much trees migrate from place to place as well, frequently moved by people. How much of the landscape of where you are now is a product of these types of migrations—of humans, animals, or plants?

10. Discuss the transformation of Robert & Molly’s relationship. At what point does it deepen? Would you have gambled on Robert as Molly does?

11. Robert is shocked at Martha’s strength and capability to travel by herself all the way from Ohio to California. Discuss what you would have done in her situation.

12. Discuss the ending of the novel. Robert’s childhood was clearly traumatic, and his experience of family for most of his life has been full of strife. What does that mean for his new family going forward? What does it mean that he decides to go back to the old world, where his family came from before they set out for the frontier?

13. Tracy Chevalier’s books are all set in a previous time in history. But discuss how the issues here resonate with present day life. So much of the everyday facts of their lives are different than ours, but what is the same? What issues did these characters deal with that are universal?