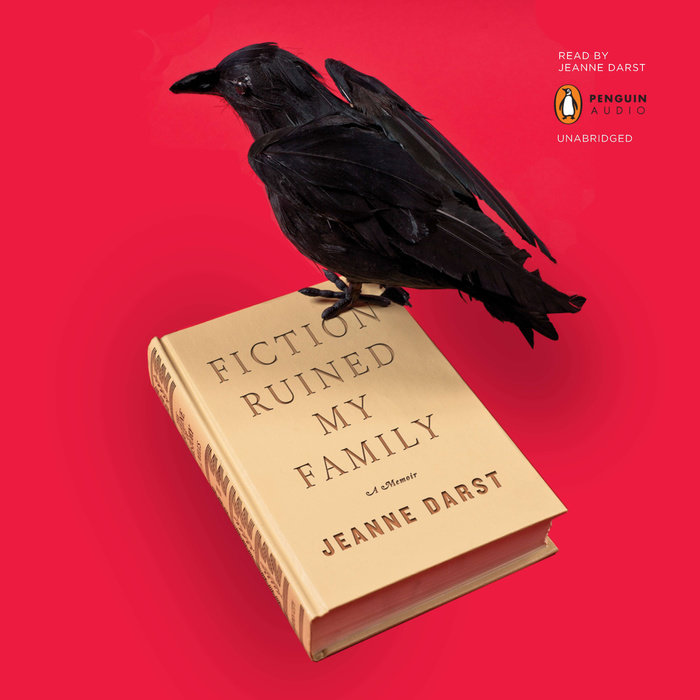 The youngest of four daughters in an old, celebrated St. Louis family of prominent journalists and politicians on one side, debutantes and equestrians on the other, Jeanne Darst grew up hearing stories of past grandeur. And the message she internalized as a young girl was clear: While things might be a bit tight for us right now, it’s only temporary. Soon her father would sell the Great American Novel and reclaim the family’s former glory.

The Darsts uproot themselves and move from St. Louis to New York. Jeanne’s father writes one novel, and then another, which don’t find publishers. This, combined with her mother’s burgeoning alcoholism—nightly booze–fueled weepathons reminiscing about her fancy childhood—lead to financial disaster and divorce. And as Jeanne becomes an adult, she is horrified to discover that she is not only a drinker like her mother, but a writer like her father.

At first, and for years, she embraces both activities—living in an apartment with no bathroom, stealing food from her babysitting gigs, and raising rent money by riding the subway topless and performing a one–woman show in her living room. Until gradually she realizes that this life has not been thrust on her in some handing–down–of–the–writing–mantle–way. She has chosen it; and until she can stop putting drinking and writing ahead of everything else, it’s a questionable choice. “For a long time I was worried about becoming my father,“ she writes. “Then I was worried about becoming my mother. Now I was worried about becoming myself.“ Ultimately, Darst sets out to discover whether a person can have the writing without the ruin, whether it’s possible to be both sober and creative, ambitious and happy, a professional author and a parent. Filled with brilliantly flawed, idiosyncratic characters and punctuated by Darst’s irreverent eye for absurdity, Fiction Ruined My Family is a lovingly told, wickedly funny portrait of an unconventional life.