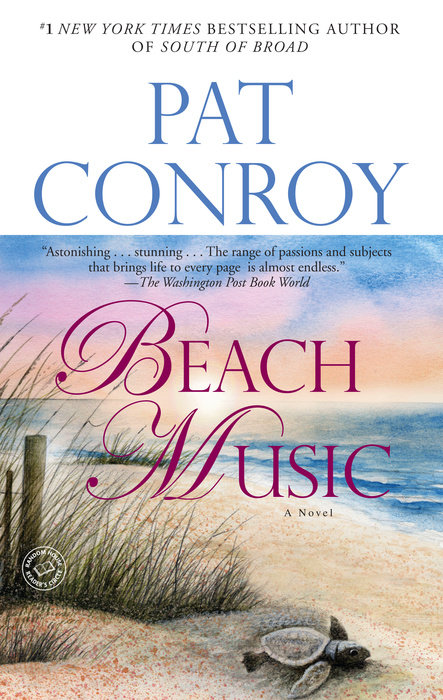 1. The book begins and ends with Shyla. What’s her importance to the narrative? How does her suicide set the story into motion?

2. Jack finds the South both alluring and repellent–to him it is simultaneously a place of great beauty and great danger. After hearing his story and those of his friends and relatives, do you agree with him? And do you think that Jack’s view of the South is informed by Pat Conroy’s own views?

3. For Jack, food is a comfort–almost a religion. What do the other characters hold dear, and what does it say about them?

4. In the novel, Jack and Ledare are writing a script for a television series about their families’ lives. Mike makes it clear that this series will tell the exact same stories that Jack narrates to us. Why do you think Pat Conroy decided to do this? Does it shape your reading of the book?

5. The ocean has such a palpable presence that it feels like it’s a character itself. What do you think it symbolizes? Does it have a different meaning for each of the characters?

6. If you’re familiar with Pat Conroy’s other novels, what parallels can you draw between the father-son relationships in his previous stories and Jack’s and Jordan’s relationships with their fathers?

8. Many of the novel’s characters are incredibly concerned by how they appear to others: Lucy creates a fake past for herself to hide her whitetrash roots; General Elliott is fixated on being the perfect military man–even unto the point of abandoning his son; and Capers is obsessed with his family’s legacy. Do you think these characters go too far? Is their preoccupation with appearances the result of their southern upbringing?

9.When Capers tries to catch the gigantic manta ray on his fishing trip with Jack, Jordan, and Mike, he almost kills all of them. What’s the significance of his failure? Does it make him a tragic figure?

10. Shyla is so deeply impacted by her father’s untold story that she tattoos her arm with his concentration camp number before jumping to her death. Do you think that hidden stories can end up being more powerful than shared ones? Why?

11. Betsy hates Jack. She says, “I’m trying to think where I met a bigger asshole.” What’s unlikable about Jack, and where do we see it besides in his treatment of Betsy? Do you think Jack’s flaws make him an unreliable narrator?

12. The two holiest men in the novel–Father Jude and Jordan–have both killed people. What does this say about the author’s vision of right and wrong? Can murder be justified? Can it be atoned for outside of a prison cell?

13. At the end of the novel, we find out that the Vietnam War was the event that ended up splicing Jack’s group of friends. Were the characters responsible for their actions, or were events beyond their control?

14. Did Jack make the right choice by forgiving Capers?

15.Why does Jack decide to return to Rome at the end of the novel?

16. What does the title Beach Music mean to you after finishing the book?