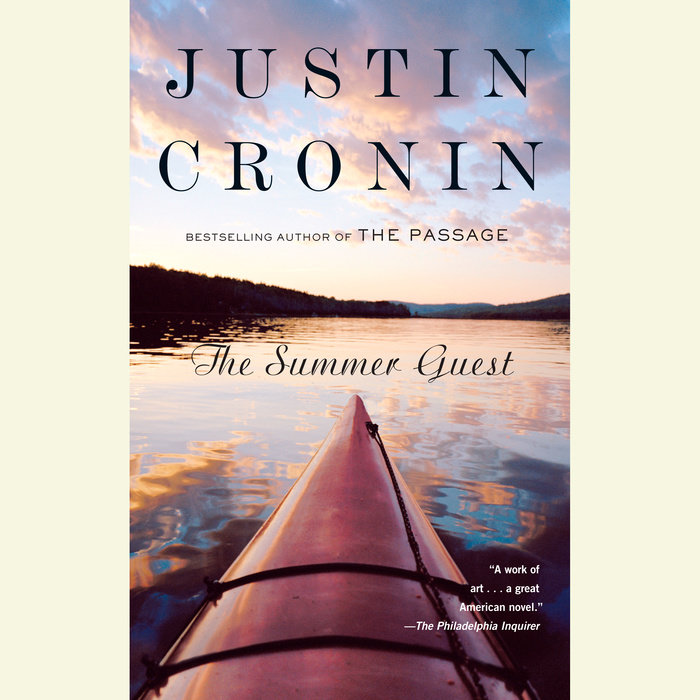 1. Discuss the fishing camp as a character in itself—a character that provides both comfort and treachery to its visitors. Does the camp evolve throughout the novel? What makes it so meaningful to so many?

2. The milestones of life propel the novel’s storyline. In what way do such turning points—marriage, mortality—unfold for the primary characters? What wisdom does one generation pass on to the next in The Summer Guest?

3. What is the effect of the novel’s prologue? What were your first impressions of Joe as he experienced homecoming after World War II, and how do these images carry you through the rest of the novel? Is the camp a refuge from the mainstream world, of a stark reflection of it?

4. In many ways, Harry and Joe lived parallel lives as widowers, parents, and eventually as men too physically frail to care for themselves. Compare and contrast their attitudes toward life. Did their lives intersect through fate alone?

5. How do the novel’s contemporary scenes compare with those from previous generations? Do Jordan and Kate have a simpler life than Joe and Amy had?

6. What locales are monuments to your own past? Describe some of the places that have special significance to you, and what it’s like to return to them.

7. Which storytelling point of view was most effective for you in The Summer Guest? Did gender lines affect the novel’s various voices? Are all the characters telling essentially the same story?

8. In what ways does war form a thread throughout the novel? What are your recollections or perceptions of the Vietnam conflict, and how might you have responded to the draft if Joe Junior had been your son? What does the absence of the draft mean to Jordan’s generation?

9. Several of the novel’s characters teeter on the boundaries between life and death. What seems to keep some of the characters tethered to life, while others cannot endure it? What is significant about the novel’s closing images of Bill and Joe, in light of their previous experience as survivors?

10. Discuss Joe Junior’s journey into Manhattan, a scene that occurs early on. Does he feel fulfilled at that point in his life? Would you have been able to sell such a legacy to Harry?

11. The lawyers on retreat appear to clash with their surroundings, uncomfortable with the natural world and inept at navigating its dangers. Do they in any way reflect the darker side of Joe’s home life? Or is his life a utopia?

12. Who are the novel’s most honorable characters? Where is the most genuine love found in The Summer Guest?

14. What motivates Lucy to return to her old haunt and become “Alice” again at the end of the novel? What did that chapter in her young life mean to her, and what must it have been like for her to revisit it (this time in the role of daughter, under May’s wing)?

15. Are any of the novel’s primary characters spared from the pain of tragedy and loss? What coping strategies do they use?

16. The novel ends with a glimpse of the future as Kate gives birth to a daughter. What do you predict the child will discover about love and life? How do the characters pay tribute to their parents?

17. Justin Cronin’s previous book, Mary and O’Neil, also addresses the issues of coming of age, parenthood, and making peace with illness. In what ways do these concepts play out differently in The Summer Guest?