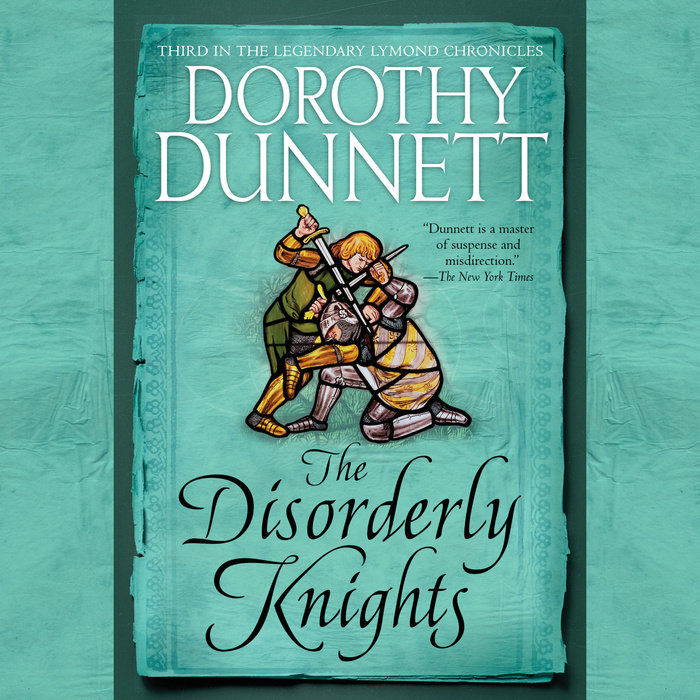 1. The Disorderly Knights is filled with clever, excitingly staged, and exquisitely detailed battle scenes in half a dozen countries. Beneath this action and adventure is a serious running commentary on the clan battles of Scotland and the conflict between the crusader Knights of St John and the forces of Islam. How are these two conflicts compared in the novel? What is Lymond's critique of both? Is he successful in developing an alternative to the politics of war?

2. Joleta Malett and Philippa Somerville are a deliberate study in contrasts--physical, psychological, national, and moral. What element do they add to the story? How does each of these girls fit the character of "heroine"? Philippa comments that "love often begins with a show of hate, doesn't it!" What is she trying to say?

3. All during this novel, indeed since the last scenes of the previous novel, two "creations" of Francis Crawford have been conceived, born, and are maturing. One is the conscious expression of his military, practical, and professional intelligence; what is the other? What sides of the hero do these creations reflect? Are they tools or pawns--or both? What is the role Graham Malett in both of these strands of the plot? How do they reflect his knightly name, Gabriel?