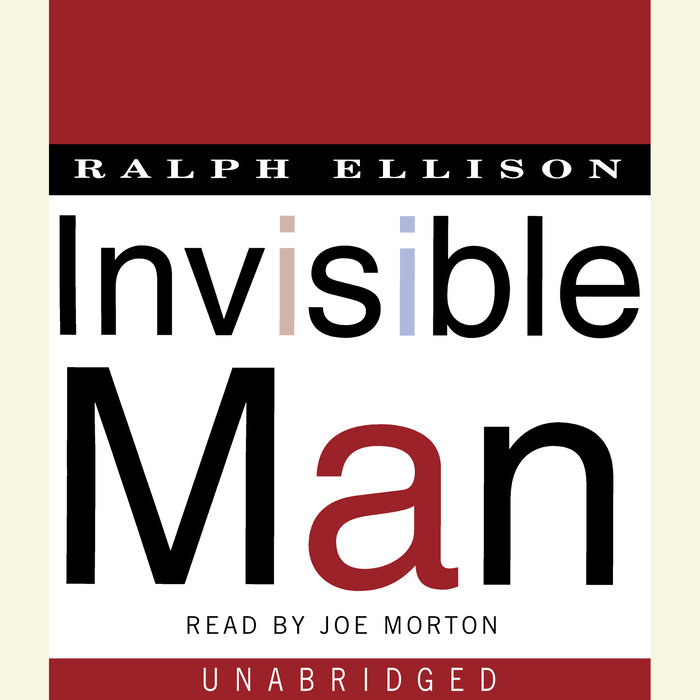 1. What makes Ellison's narrator invisible? What is the relationship between his invisibility and other people's blindness--both involuntary and willful? Is the protagonist's invisibility due solely to his skin color? Is it only the novel's white characters who refuse to see him?

2. One drawback of invisibility is that "you ache with the need to convince yourself that you do exist in the real world" [p. 4]. How does the narrator try to prove that he exists? Does this sentence provide a clue to the behavior of other characters in the book?

3. What are the narrator's dreams and goals? How are these variously fulfilled or thwarted in the course of the book?

4. Is the reader meant to identify with the narrator? To sympathize with him? How do you think Ellison himself sees his protagonist?

5. What is the significance of the grandfather's deathbed speech [p.16]? Whom or what has he betrayed? What other characters in this book resort to the same strategy of smiling betrayal?

6. Throughout the novel the narrator gives speeches, or tries to give them, to audiences both black and white, at venues that range from a whites-only "smoker" to the funeral of a black street vendor murdered by the police. What role does oratory--and, more broadly, the spoken word--play in Invisible Man?

7. The "battle royal" sequence portrays black men fighting each other for the entertainment of whites. Does Ellison ever portray similar combats between blacks and whites? To what end?

8. Throughout the book the narrator encounters a number of white benefactors, including a millionaire college trustee, an amiable playboy, and the professional agitator Brother Jack. What does the outcome of these relationships suggest about the possibility of friendship or cooperation between the races?

9. What black men does the protagonist choose as mentors or role models? Do they prove to be any more trustworthy than his white "benefactors"? What about those figures whose authority and advice the narrator rejects--for example, the vet in The Golden Day and the separatist Ras the Exhorter? What characters in Invisible Man, if any, represent sources of moral authority and stability?

10. What cultural tendencies or phenomena does Ellison hold up for satire in this novel? For example, what were the real-life models for the Founder, the Brotherhood, and Ras the Exhorter? How does the author convey the failures and shortcomings of these people and movements?

11. Why might Tod Clifton have left the Brotherhood to peddle demeaning dancing Sambo dolls? What does the narrator mean when he says: "It was as though he [Clifton] had chosen...to fall outside of history"? How would you describe Ellison's vision of history and the role that African-Americans play within it?

12. Invisible Man may be said to exemplify the paranoid style of American literature. How does Ellison establish an atmosphere of paranoia in his novel, as though the reader, along with the narrator, "had waded out into a shallow pool only to have the bottom drop out and the water close over my head" [p.432]? Why is this style particularly appropriate to Ellison's subject matter?

13. Where in Invisible Man does Ellison--who was trained as a musician--use language to musical effect? (For example, compare the description of the college campus on pages 34-7 to Trueblood's confession on 51-68, to the chapel scene on 110-135, and Tod Clifton's funeral on 450-461.) What different sorts of language does Ellison employ in these and other passages? How does the "music" of these sections--their rhythm, assonance, and alliteration--heighten their meaning or play against it?

14. More than forty years after it was first published, Invisible Man is still one of the most widely read and widely taught books in the African-American literary canon. Why do you think this is so? How true is this novel to the lives of black Americans in the 1990s?

15. In spite of its vast success (or perhaps because of it), Ellison's novel--and the author himself--were fiercely criticized in some circles for being insufficiently "Afrocentric." Do you think this is true? Do you think Ellison made artistic compromises in order to make Invisible Man accessible to white readers?