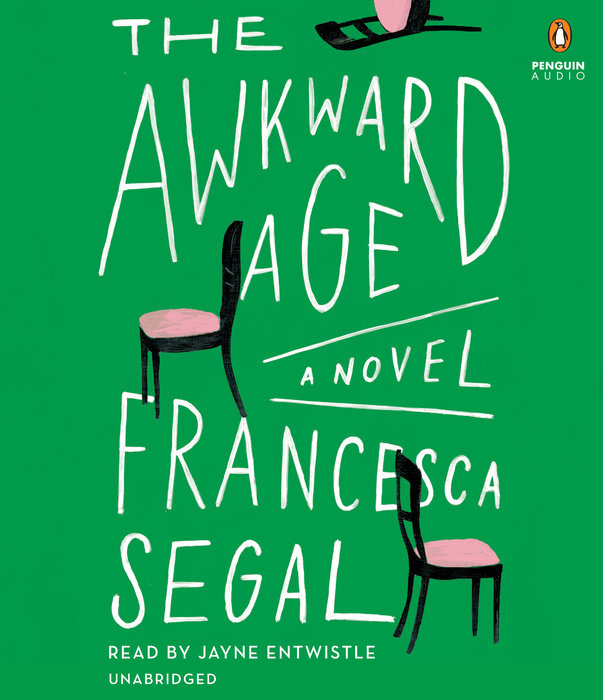 1. The Awkward Age is about two families—with two separate histories—living under one roof. Discuss how the book upends the conventions of the nuclear family structure.

2. The book also questions the roles of motherhood; how do Julia and Gwen rely on each other as mother and daughter? What happens when Gwen herself is faced with the concept of motherhood? Do we see these roles reversed?

3. Think about selfishness and selflessness in parenting. What decisions (if any) made by Julia, James, and Pamela are selfish, and what decisions made by the teenagers? Which are selfless, if any? What about the choices made by Iris and Philip?

4. Julia and James are horrified by the turn that their children’s relationship takes. Do you think that their surprise is naïve? Are they partly to blame? How might they have responded differently when their children’s attraction and activities are discovered?

5. Consider the order of events preceding Gwen’s decision to start sleeping with Nathan. To what degree is she responding not to her own desires or her feelings for Nathan but to the actions and assumptions of her mother? Why does her mother have such a powerful unspoken influence over her? What does the author show about the unintended consequences or potential for misinterpretation in certain family conversations and actions?

6. Philip and Iris also have an unconventional relationship. Talk about the ways they defy common notions of marriage—or divorce—and how their relationship is changed by the events of the novel.

7. Nathan is a polarizing character. Do you sympathize with him? Do you think Julia is right not to take his side in the end? Should James

8. Gwen’s father’s death works as a catalyst for many of the book’s emotional moments. How do you think his death affects Gwen’s decisions throughout the novel? Talk about the ways that Gwen is changed by it, how it influences her decisions, and how this loss manifests in her daily life. How does his death influence Julia’s decisions leading up to, and following, Gwen’s relationship and crisis?

10. How do you feel about the ending of the novel? Do you think Julia and James made the right decision in the end for the children? Is there a way to work through a trauma like this—and do you think that, in the future, Julia and James will try?

11. Traditionally, “the awkward age” refers to adolescence, but the author is writing about several different awkward ages in this story. Consider how Julia and James, as well as Iris and Philip, might also be going through their own “awkward ages.” What about their current situations is awkward? Is the awkwardness their own doing, or inherent in their age or life-stage? Are there any stages of life that are immune to awkwardness, do you think?