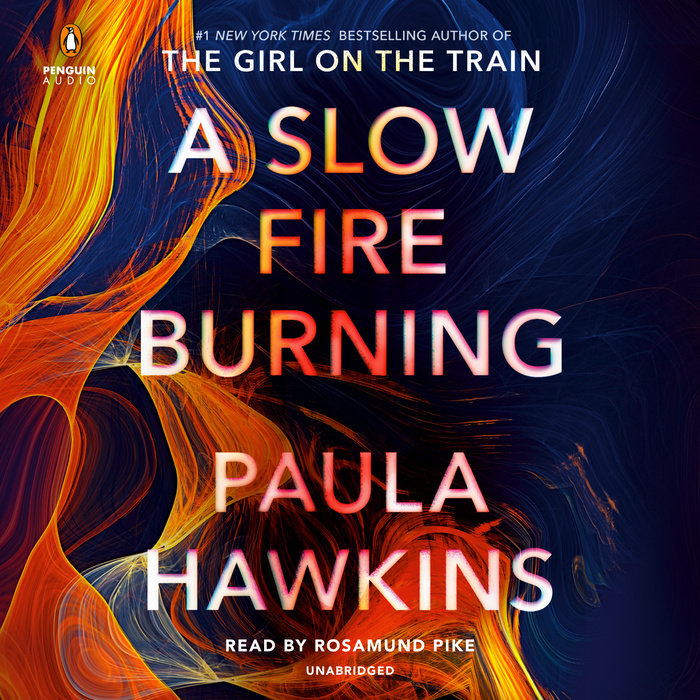 1. Daniel Sutherland’s death raises questions about three women, each of whom has experienced some form of loss or trauma in her past. How does the past of each woman influence the way she moves through the world? How does it influence the way she deals with Daniel’s death and the investigation? How do the different women compare to one another? How much of the focus is on their current behavior, and how much is about the scars from their pasts?

2. The book opens with a passage that we later learn is part of a novel that was written by another one of the characters, Theo Myerson, and further passages continue to intersperse the larger narrative. What information or perspective did you gain from this interwoven novel within the novel? How does that crime novel compare or relate to the one that Hawkins has written? At what point did you connect Theo’s novel to Miriam’s story about herself, and what does Hawkins achieve by presenting these two different accounts in their different forms? What questions does it raise about truth and storytelling, or about power and who gets to wield it?

3. Laura, Carla, Irene, Miriam, and Theo are all grieving, in different ways. Some of it is new grief and some of it is old grief that has been recently resurrected by recent events. What is the relationship between grief and rage, grief and action versus inaction? Grief and forgiveness? In some of these cases, the source of the grief is a parent-child relationship. Are those traumas harder to get over? Why or why not?

4. We see the refrain “It’s not my fault” repeated multiple times over the course of the novel, mostly by Laura. Do you agree? Are things truly out of Laura’s hands? Is there a difference between accountability and culpability here?  To what degree is she alone to blame for her problems and mistakes? To what degree is she herself a victim?

5. Feeling a kinship with Laura, Miriam lies in order to protect her from the suspicion of the detectives, but all the characters at the center of the novel lie at some point in order to defend their truth. Whose motives did you find the hardest to understand? The easiest or most relatable?

6. Characters like Theo, Carla, and Miriam attempt to take justice into their own hands, but at what cost? What would justice look like for the characters in the novel, and do they ever achieve it?

7. “Slow fire” refers to the process by which the paper in books becomes brittle over time as a result of acidification, wherein the acid comes from within the paper itself. Analyze how the novel plays with this idea.

9. Memory is the fragile lens through which many of these characters view their lives, but the author also shows some of the ways that memory and perception can become distorted—sometimes temporarily, sometimes permanently. Can memory ever truly be trusted as a reliable, exclusive source of information for the characters in the novel? In real life?

10. What was the biggest surprise of the book for you? Was it the identity of Daniel’s killer, or was the why and the how the bigger shock?

11. The book begins and ends with the character of Irene. How is Irene’s role in the book different from that of the other women? What does she bring to the story that no one else can, both in terms of plot and in terms of perspective?