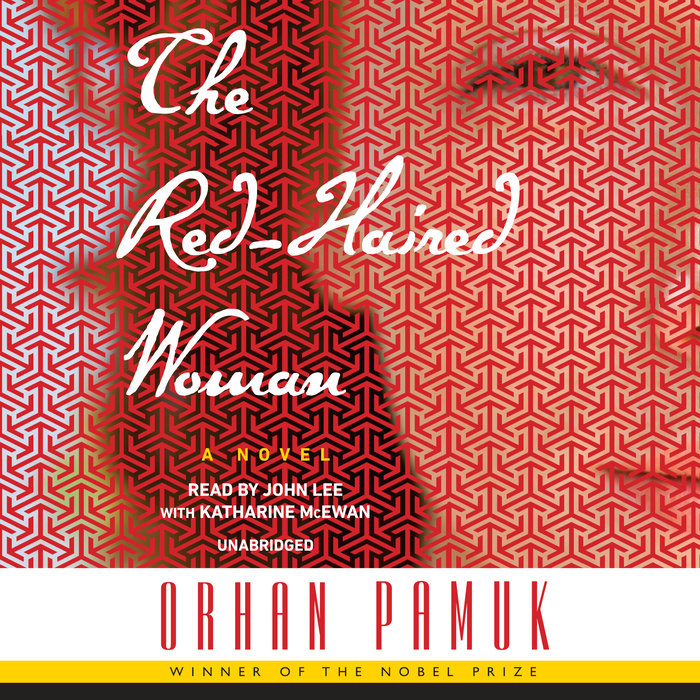 1. At the start of the story, we are told that Cem’s father has disappeared, but that it is not the first time he has disappeared and he “didn’t always disappear for the same reason” (5). What are the reasons for his disappearances and how does his absence affect young Cem? Does Cem ever come to terms with his father’s disappearance?

2. The Red-Haired Woman is said to be a novel in the tradition of the conte philosophique, or philosophical tale. How does the novel fit in with this genre and what are some of the philosophical and social ideas and arguments the novel puts forth?

4. A motif of storytelling runs through the novel. Which of the characters are storytellers, and what kinds of stories do they share? Do their stories have anything in common? What seems to be the role or purpose of storytelling?

5. When Cem shares his version of the story of Oedipus with Master Mahmut, Mahmut replies, “Nobody can escape their fate” (46). Do you agree with him? Why or why not? Does the story ultimately support or overturn the notion of fate? How much do the characters seem to be driven by forces beyond their control and how much seems to be the result of their own actions and free will?

6. When does Cem believe he is “most completely [him]self” (63)? How does he believe a father’s presence affects this? Do you agree with him?

7. The Red-Haired Woman tells Cem that he should simply find a new father. “We all have many fathers in this country” (86). What does she mean? Who or what are some of the other father figures to which she refers?

8. Why does Cem ultimately abandon the dig and return home? How does his decision affect him in the years ahead? What does Cem decide is “the best thing to do” (117)? Do you agree with him?

9. Through detailed descriptions of the landscape, the author provides a snapshot of a rapidly changing world. Does the book ultimately offer a statement about progress and modernization versus tradition? Is the modernization of Turkish culture as represented in the book primarily positive? What has changed? What, if anything, seems to remain the same despite modernization?

10. In chapter 28, Cem notices the major difference between the story of Oedipus from the West and the story of Rostam and Sohrab from the East. What is this difference and why might it be notable?

11. After visiting with Mrs. Fikriye the librarian, Cem realizes a new commonality between Oedipus and Sohrab. What is it and how does it affect Cem’s understanding of the events of his own past? What do both stories say about loyalty?

12. Why does Ayşe call in a panic when she realizes that Cem has attended the Sohrab meeting even though he said he would not? What happens to Cem, and who is responsible? Does the book seem to suggest whether this outcome could have been avoided? If so, how?

13. When Gülcihan ends up at the same table as another woman with red hair who challenges the authenticity of her appearance, how does she respond? What does she see as the main difference between her and the other woman? How does this new knowledge contribute to the book’s more expansive dialogues about identity, desire, choice, and fate?

14. Evaluate the corresponding themes of innocence and guilt. Where do these themes surface in the book? Is it easy to determine which of the characters in the book are innocent and which are guilty? Why or why not? Does the book ever answer the question of how one’s innocence or guilt is determined? Why does Cem come to the conclusion that Oedipus and Rostam may be considered innocent, for instance? Through its exploration of these two overlapping themes, what view of morality does the author ultimately offer?

15. Gülcihan wishes to talk to Ayşe to tell her “as women, we were  not responsible for what happened, for it had all been dictated by myth and history” (246). What does she mean by this? Do you agree with her? Why or why not? Are the Red-Haired Woman and Ayşe truly innocent, or are they somehow complicit or even responsible for what has happened?