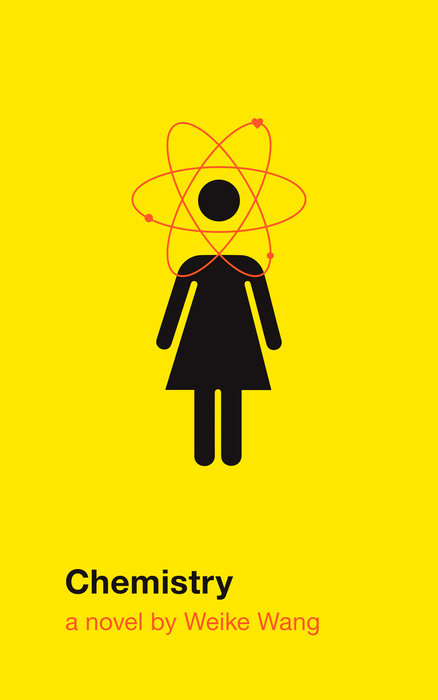 1. Eric is the only character in Chemistry who has a name; the other characters are referred to simply as “the best friend,” “the lab mate,” “the math student,” and “the shrink.” Even the narrator herself is never named. Why do you think Wang made this choice?

2. Compare and contrast the narrator’s upbringing with Eric’s upbringing. How do the similarities and differences between their childhoods affect their relationship?

3. Explore the narrator’s aversion to commitment. To whom and what is she reluctant to commit? Why? How is this fear of commitment connected to her feelings about love?

4. Examine the relationship between the narrator’s parents. What is the source of their unhappiness? How does this unhappiness manifest itself? In what ways do the narrator’s memories of her parents’ marital discord continue to impact her life as an adult?

5. Consider the narrator’s understanding of her Chinese heritage. Does she feel more Chinese or more American? How does she express—or struggle to express—­these different aspects of her identity?

6. Discuss the narrator’s perception of gender roles. What does she expect from herself as a woman? What do others expect from her? To what extent are these expectations at odds with each other?

7. After the narrator and Eric separate, the narrator asks the shrink if being fearless is “to be without fear or to have courage that is equal to or greater than fear” (112). Explore the theme of fear in the novel. What is the narrator afraid of? How does she try to conquer these fears? Is she successful? Why or why not?

8. Discuss the weather motif in Chemistry. In what ways is weather connected to the passage of time? To the narrator’s sense of control?

11. Examine the narrator’s friendship with the best friend. What is the foundation of their friendship? How have their lives diverged? What continues to hold them together?

12. On page 177, the narrator recalls how one of her college professors once told her, “Science is not a panacea; activities such as human interactions are difficult to answer with this method.” How does the narrator use her scientific knowledge to make sense of her personal life? What are the limitations of this mode of understanding?

13. The novel concludes with a letter the narrator has written to Eric in which she asks him to come back to visit, but “just as a friend” (211). Is this the ending you expected? Why or why not? What do you think will happen between the narrator and Eric? What other conflicts are left unresolved at the conclusion of the novel? Why do you think Wang chose to end Chemistry on this note of uncertainty?